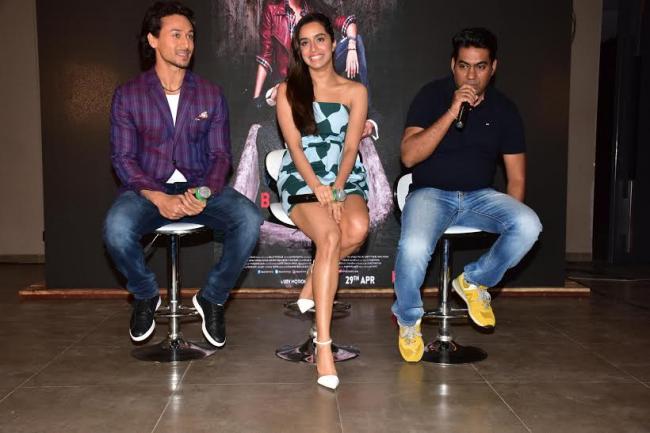 India Blooms News Service | | 23 Apr 2016, 05:16 pm
#Baaghi, # Baaghi action song, # Baaghi songs, # Shraddha Kapoor
Mumbai, Apr 23 (IBNS) In one of the many firsts brought to the audiences by Baaghi, the team treated its audience with Bollywood's first ever action song.

With daredevil thrilling beats, the song features the cast of the film Tiger Shroff and Shraddha Kapoor perform some knock off action stunts.

The song released a week prior to release, once again building further desirability of the audience to witness the action packed film.

The lyrics of the song are specially penned by Director Sabbir Khan along with Rahul Seth.

The song is sung by Benny Dayal and Siddharth Basrur and the pulse racing music is composed by Pranay Rijia.

Sajid Nadiadwala's Baaghi, a rebellious Love story which will feature Shraddha and Tiger going against all odds for love, is set to release on Apr 29.