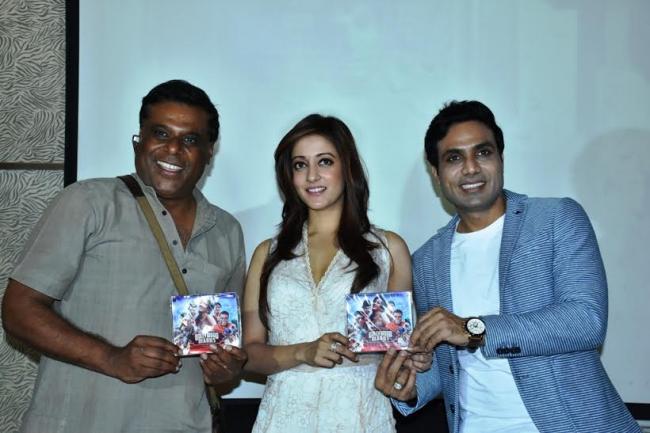 Bollywood Diaries is a tribute to aspiring actors: Ashish Vidyarthi

"The film is all about dreams. We all work at different areas, we do different works, but somewhere or the other in many of our hearts we all have the dream to be a part of the Bollywood industry,"  said senior actor Ashish Vidyarthi who was present with actress Raima Sen and actor Salim Diwan at their film's CD release here on Sunday.

The movie is written and directed by K.D. Satyam, known for his work as a writer in Gattu.

Speaking at the event actress Raima Sen said: “Satyam’s approach to the script was very realistic. His way is not conventional neither does he sensationalise the film in any manner.”

Added Vidyarthi: "This film is about three stories played by three Bollywood fanatics who try to fulfill their dreams by not being concerned of their age, or will they be successful."

"The common man will find a close relevance to the stories. Moreover the film is a tribute to aspiring actors,” Vidyarthi said.

Vidyarthi was all praise for his co-actors Raima Sen and the debutant Salim Diwan for their efforts. He said that they shared the same ideology while doing the movie.

“We know the name of big actors and stars, but this story is about those people who have come from little places to make it big. We want to express something of the real life. This film is about the extent people are ready to go to realise their dreams,” he said.

Debutant actor Salim Diwan said the film is all about the realisation of dreams.

Speaking about it, he started off by asking a simple question. “How important are dreams? They are very important. It is important to dream and dream big. And who ever has seen a dream would like to watch Bollywood Diaries.”

The film is set to release on Feb 26.