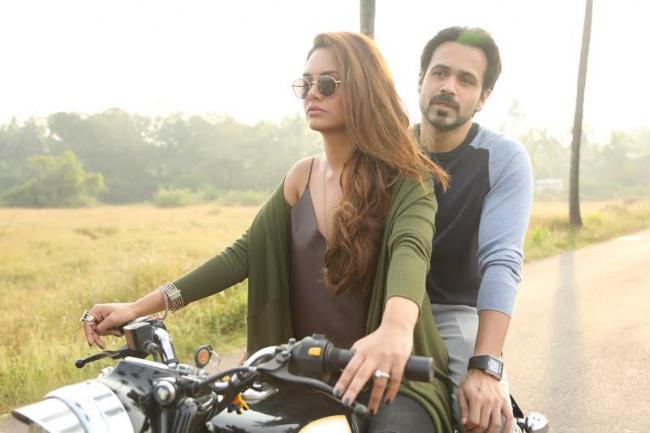 The duo will be seen together in Bhushan Kumar’s next music video ‘ Main rahoon Ya Na Rahoon’ which is a soft romantic track penned by Rashmi Virag composed by Amaal Mallik sung by Armaan Mallik who shot to fame with the title track of Hero.

The song has been shot in eclectic locations in Goa. While shooting for the single, Esha was informed that she was required to shoot a scene where she would be riding a bike with Emraan pillion.

While, the scene was to be shot on a bike attached to a trailer, Esha instead on doing the act herself.

The actress spent a few hours learning and practicing how to ride a bike. The director was very happy when after action Esha started the bike with Emraan along and gave a seamless scene in just one cut.

Later after the wrap of the shoot, Emraan and Esha made an impromptu plan of going on a long ride around the scenic city. Very enthusiastically Esha agreed and the duo went on a long ride.