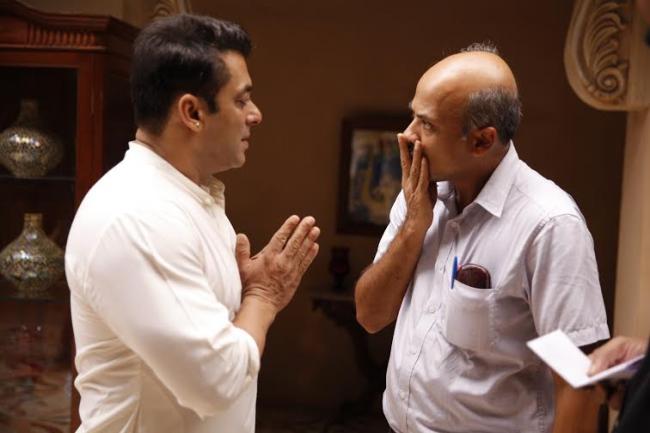 Khans , Barjatya's to watch PRDP together on Nov 12

Audiences have already stared booking their tickets  to witness the magic of Salman Khan and Sooraj Barjatya after fifteen years.

What's interesting is that Salman's entire family along with the entire Barjatya family have booked their tickets of 'Prem Ratan Dhan Payo' for  Nov 12.

The Khan's and the Barjatya's will be watching the film together in a suburban theater in Mumbai as part of their Diwali celebrations.

They have booked tickets for a 4 pm show. However, the details about the exact venue has been kept under wraps for security reasons.

Prem Ratan Dhan Payo, being a quintessential family film for all age-groups proved to be the perfect occasion where Salman and Sooraj could take their entire family along to watch the film.

Both the families were of the opinion that Prem Ratan Dhan Payo is a film to be watched by purchasing tickets like normal audiences while soaking in the Barjatya vibe.