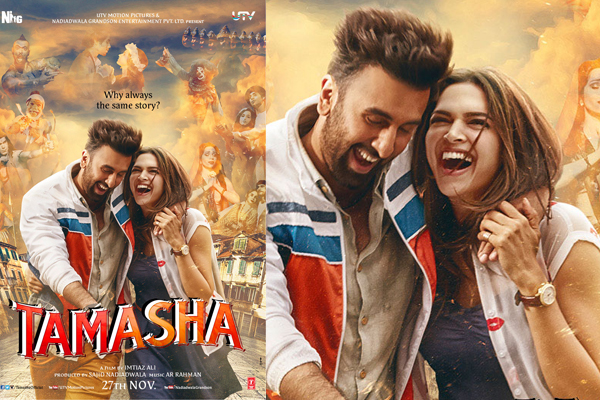 Speaking about the trailer, the director said, “Tamasha is a film with many faces but a simple heart. We present today the first trailer of the movie. Hope you like it.”

Watch the trailer at: http://bit.ly/TamashaTrailer-Official


The film is presented by UTV Motion Pictures and Nadiadwala Grandson Entertainment.