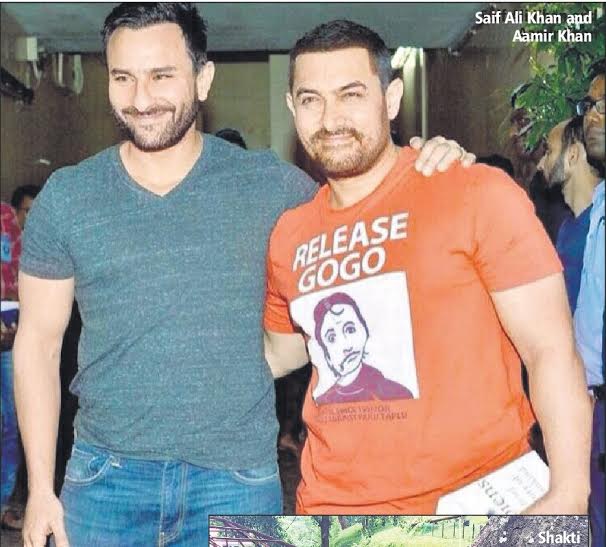 Aamir was recently spotted wearing a Red T-shirt with Shakti Kapoor's face embossed on it.

Aamir wore the T-Shirt revisiting the film with a touch of humor.

The film that released in April, 1994 had been shelved for nearly 3 years.

It was Aamir who brought the cast of the film which includes Salman Khan, Karishma Kapoor, Raveena Tandon, Paresh Rawal and Shakti Kapoor together under one roof with Producer Rajkumar Santoshi.

It was then that the Andaz Apna Apna Team decided to take time off and complete shooting for the film.

Over the years, Andaz Apna Apna has become a cult classic making it one of the most cherished films of Aamir Khan's career.