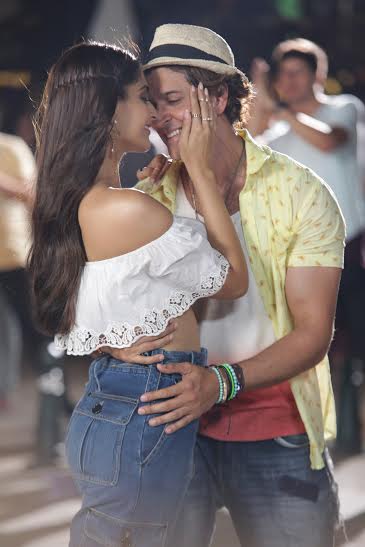 The news of the remake of the popular number has been in news for some time now.


The actor who came together for the shoot of this song had some fun time.

Both the actors had bonded very well during the ad shoot and since then Sonam has been very vocal to Hrithik for her love of dancing. Recently during the shoot of the song, after the director gave the final cut, Hrithik surprised Sonam by taking her in an impromptu dance performance.

Soon Sonam got in the follow of the moves and the duo gave a fabulous performance.

The entire team was whistling and hooting at the gracious performance by the two.

The song is a tribute to Bhushan Kumar’s father Shri Gulshan Kumar. The song has been sung by Yo Yo Honey Singh, while Ahmad Khan is the choreographer of it.

The song is set to be launched on Sept 1.