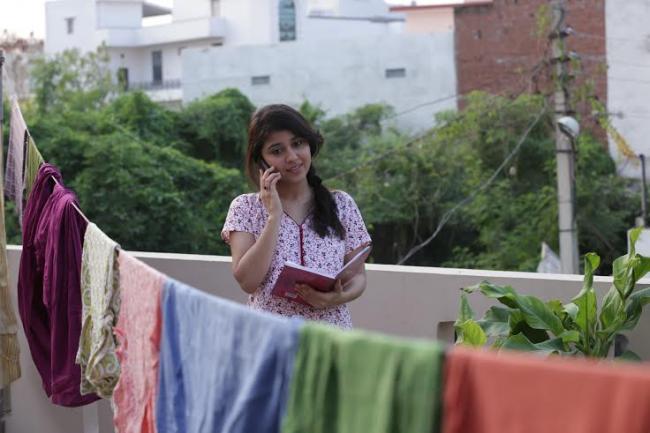 Cannes appreciated Masaan to release on July 24 across India

The film, which premiered last week at the festival, was greeted by a 5 minute long standing ovation by the critics and reviewers. A joint production between Manish Mundra (Drishyam Films), Macassar Productions, Sikhya Entertainment& Phantom Films, was selected in the Un Certain Regard section at the 68th Cannes International Film Fest. The film, whichstars new comers Vicky Kaushal, Shweta Tripathi and powerhouse performers Richa Chadha & Sanjay Mishra, will be released across India on July 24.

An ecstatic Neerajsays,“I wish I could say, 'this is a dream come true'. I never dreamt of this day. This is magical. My first film, produced by the people who inspire me, is a great feeling and now winning these awards, is a feeling one cannot articulate. I am happier for India and my team than myself. A win in the official selection has been long overdue for India and we have a double win. For so many years Indie supporters as Anurag Kashyap, Vikramaditya Motwane, Guneet Monga, and now Manish Mundra, have worked immensely towards giving a platform to Indian Indies with the limited resources they had, against the conventional Bollywood structure. This win is an acknowledgement of their stupendous effort for so many years.”

Adding to the excitement, Manish Mundra of Drishyam Films, “Always had the conviction in the amazing story of Masaan. The moment when Varun Grover narrated me almost a year back!! Neeraj did an inspiring directorial debut, converting the heart wrenching story into a equally impressive film that takes our heart on an emotional drive and then the emotions lingers on with u long after u have seen the film. Easily one of my best films, we will now work for Masaan to ensure a successful release globally along with theatrical release in India.”

Says Melita Toscan du Plantier of Macassar Productions, “We are so proud for our first production to have been associated with this beautiful film Masaan. It is incredible that it got 2 prestigious awards. It has been a beautiful journey all along!”

Says Guneet Monga of Sikhya Entertainment, “We are beyond thrilled to be awarded by such prestigious organizations as FIPRESCI and Un Certain Regard for MASAAN. Neeraj is a true talent whosepath breaking work has taken us to the global stage and made us all proud. This is truly the age of Indian cinema arriving to the world. This is all made possible by our forward-thinking partners around the globe: Manish Mundra and Phantom in India, and our incredible partners Melita Toscan, Pathe, and Arte in France. "

Vikramaditya Motwane, of Phantom Films says, “The FIPRESCI & Promising Future prizes for Neeraj and Masaan reinforce our faith in telling good stories and backing new talent. We are thrilled that the team's hard work has paid off and we are fully confident that the Indian audience will love the film as much.”