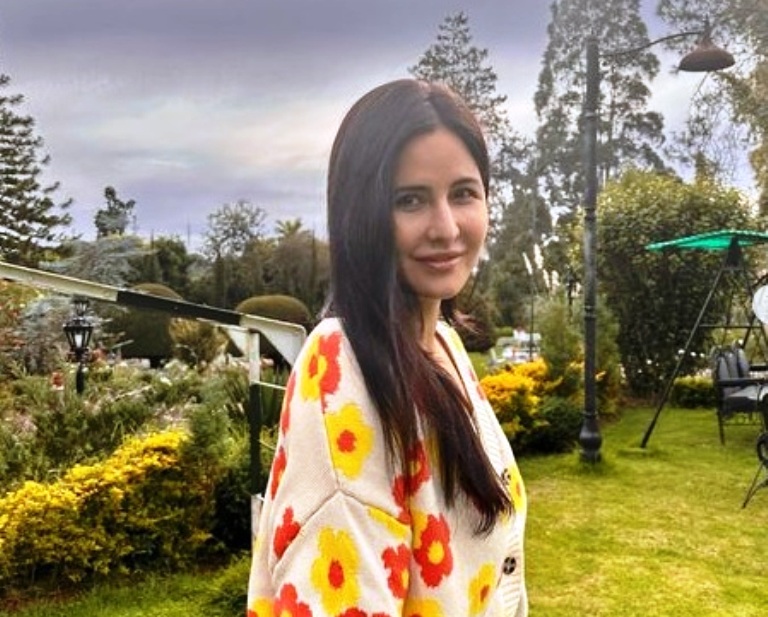 Katrina Kaif, Vicky Kaushal are holidaying in mountains ahead of their first anniversary. See pic

Mumbai/IBNS: As their first anniversary is approaching, actress Katrina Kaif is busy holidaying with her husband Vicky Kaushal in the mountains.

The actress recently treated her Insta family to some adorable photos clicked by Vicky.

In the images, Katrina can be seen standing in a garden, looking pretty in a floral sweater paired with jeans and sporting no make-up look.

In the background, we can see a breathtaking view.

Sharing the post, the actress captioned it as "Pahadon mein...... (camera emoticon): Husband."

Earlier today, Vicky Kaushal shared a video on his Instagram handle even after Katrina "begged" him not to post such videos.

In the video, he can be seen singing along and dancing to the track Kyaa Baat Haii 2.0 from his upcoming film Govinda Naam Mera. Along with the post, he wrote a hilarious caption that read, "My wife begs me not to put up such videos, but I can't help it. Hopefully one day she'll say... "KYAA BAAT HAII!!!"

Soon after Vicky Kaushal shared the post, Farah Khan commented, "Don't listen to her," followed by a laughing emoticon.