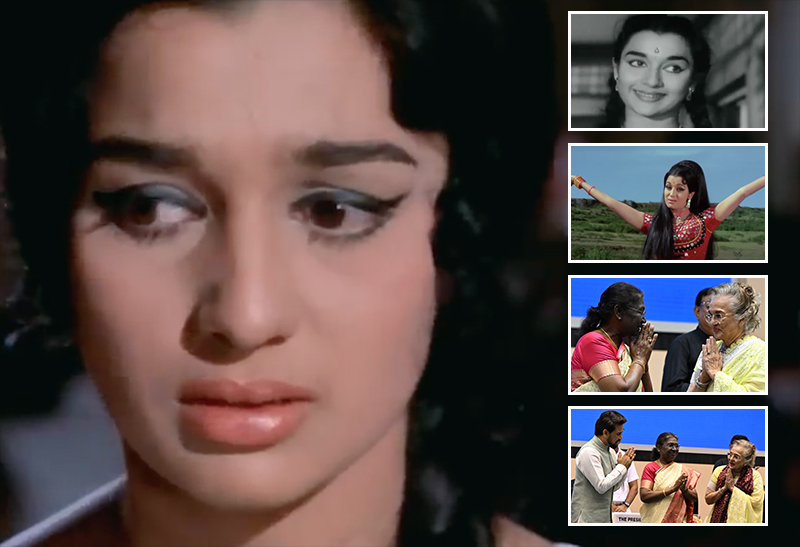 Since the Dadasaheb Phalke Award was instituted 68 years ago, only seven Indian women from Indian cinema have been bestowed with the award. Asha Parekh happens to be only the seventh one.  Shoma A. Chatterji profiles one of the most successful heroines of  Hindi films who received the honour from President Droupadi Murmu on Sept 30

Asha Parekh ruled the Hindi screen much before the term ‘Bollywood’ was even conceived with one hit film after another. And to think that  she was rejected by director Vijay Bhatt for her first film role in the lead role for Goonj Uthi Shehnai on grounds that she did not have a screen presence.

She was heartbroken. But soon after, like a fairy tale guardian, Sasadhar Mukherjee, his brother Subrata Mukherjee along with writer-director Nasir Hussain picked her for Dil Deke Dekho (1959), an instant box office hit. She never looked back from then on. A star was born.

“They had called Sadhana and me for the screen test but Sadhana failed to turn up for the audition and it turned out to be lucky for me. Sadhana got her break in another film under the same unit called Love in Simla which was also a hit. Shammi Kapoor, my first hero became my favourite hero and friend.

"We acted in three more films. Among these, my favourite remains Vijay Anand-directed Teesri Manzil (1966) which gave me the opportunity of showing off my dancing skills. I loved Vijayji’s approach to direction and the way he handled his technical crew and his actors,” said Parekh in a recent interview. 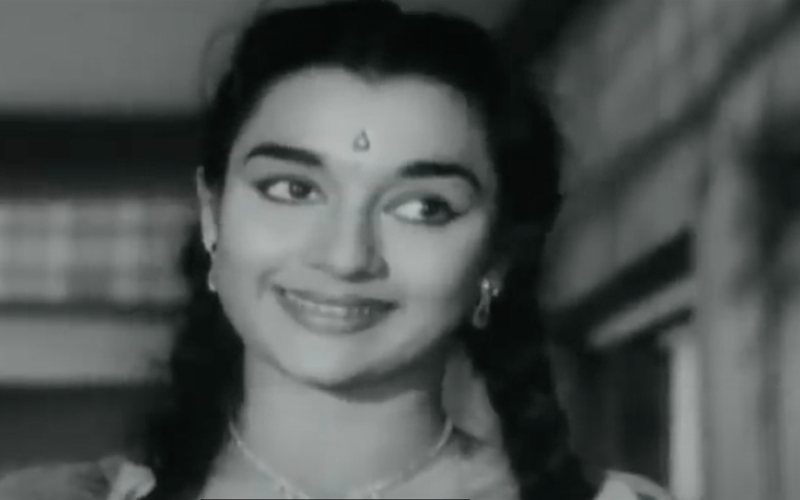 Asha Parekh was the only child of her parents, her mother being a Bohra Muslim and her father a Hindu Gujarati. Though she projected as an impish, tomboyish heroine in her hit films like Ziddi, Jab Pyar Kisise Hota Hai (1961), Love in Tokyo, Phir Wohi Dil Laya Hoon (1963) she seamlessly and effectively changed tracks when certain roles and directors demanded her to and did extremely well in these films too.

She won the Filmfare Best Actress Award for her role in Kati Patang, produced and directed by Shakti Samanta. In the film she played the role of a sober, pretty young woman who was forced to step into the shoes of a widow with a child though she was single and was not a mother.

This was opposite Rajesh Khanna as the hero which was not only a very big box office hit but the songs of which are popular to this day. 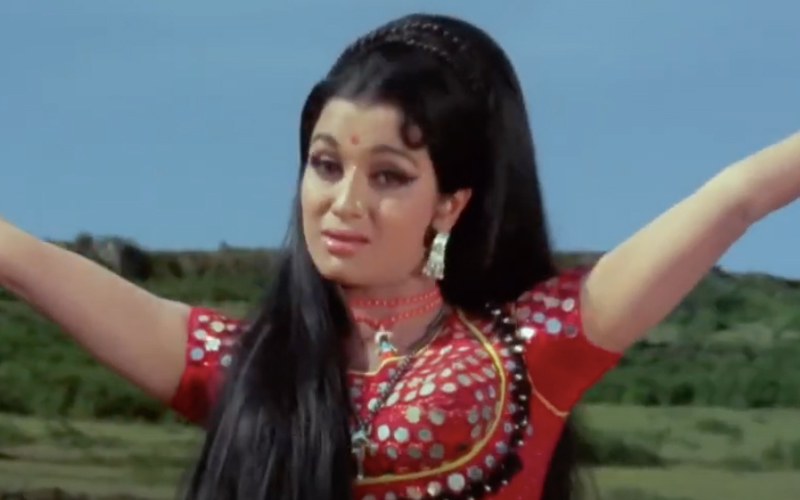 Asha Parekh  acted in 95 films, produced a few, mainly in Gujarati but stopped some time after she had graduated to character roles and so on and switched to television to produce her own programmes.

Parekh was bestowed the Gujarat State Award for Best Actress for her first Gujarati film Akhand Saubhagyavati (1963). Her Life Achievement Award from Filmfare came in 2002. Among other Lifetime Achievement Awards, are the Kalakar Award in 2004, the International Indian Film Academy Awards in 2006, the Pune International Film Festival Award in 2007 and the Ninth Annual Bollywood Award in Long Island, New York in 2007.

She also received the Living Legend Award from the Federation of Indian Chambers of Commerce & Industry. 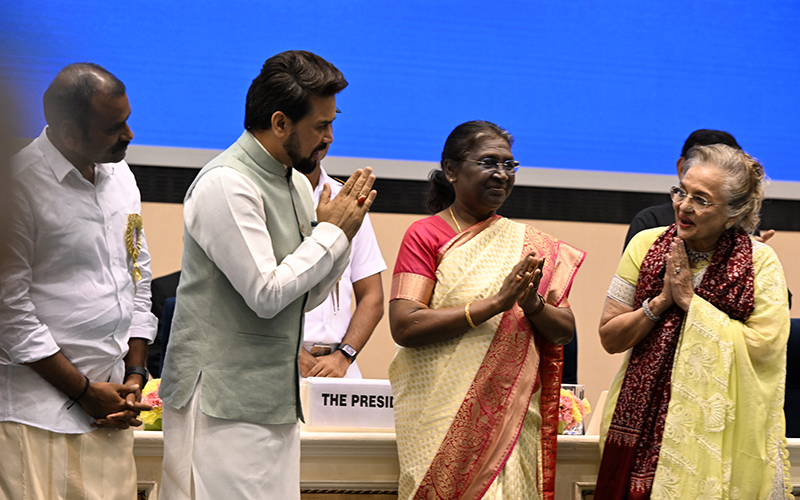 A notable film in which she played a character different from her routine song-dance-thriller-comic genre is Kaalia (1981). This was the only film in which she shared screen space with Amitabh Bachchan. But she calls these roles belonging to an “awkward phase” of her career.

So she stopped acting in films, and her friends recommended that she become a television director. She took their advice and became a television director in the early 1990s with the Gujarati serial Jyoti. She formed a production company, Akruti, and produced serials like Palash ke Phool, Baaje Payal, Kora Kagaz and a comedy, Dal Mein Kaala. She was the president of the Cine Artistes' Association from 1994 to 2000. 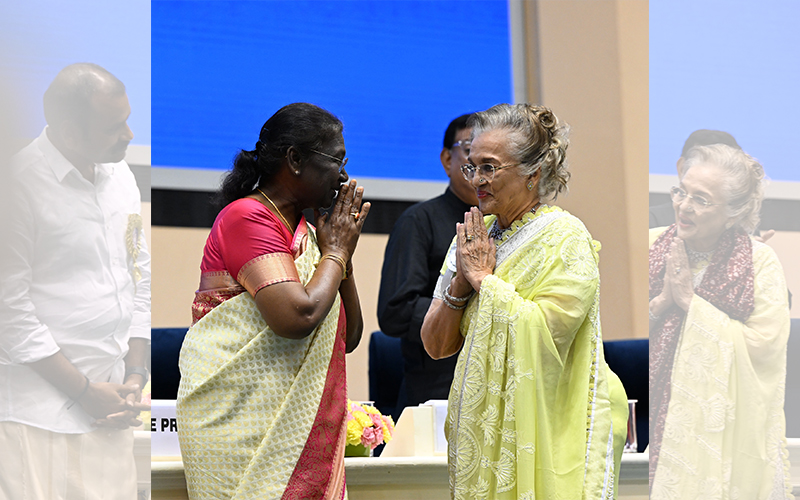 In her memoirs Hit Girl, co-authored with Khalid Mohammed published in 2017, Parekh openly admits to her long relationship with her director Nasir Hussain but they could not marry because “he was already married with two growing children and both of us were not keen to break a family. I was also quite close to his wife whose death broke Nasir completely and he passed away a year later, in 2002.”

Her regret was that the hospital she established for the poor was shut down. She said with a sigh, “This is not the first time we have had to close down the hospital. It had been closed in 2007. Now, in 2017, ten years later, it looks like it is to be taken over by a hospital chain. My hospital will now be turned into a 5-star health facility. That means the facilities will no longer be available to the poor and the underprivileged. Poor people die due to medical negligence.

The government hospitals are overcrowded and understaffed. That’s why I ran this no-profit hospital for the poor. It was my parents’ dream that I tend to the poor. Alas, the dream has ended.” This has since been rechristened BCJ Hospital and Asha Parekh Research Centre. 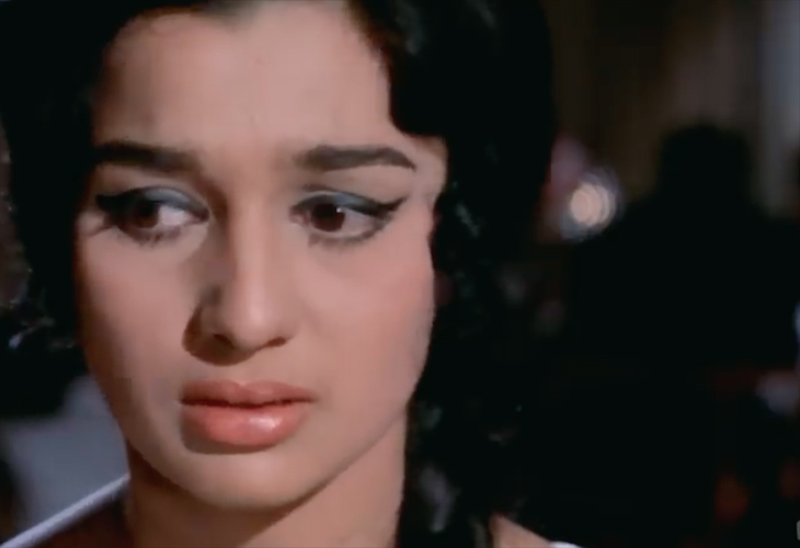 Among her large repertoire of films, my personal favourites are Do Badan (1966), Chirag (1969) Kati Patang (1970), Pagla Kahin Ka (1970) and Main Tulsi Tere Aangan Ki (1978) where her main co-actor was none other than Nutan.  Her favourite among the songs picturised on her is Jaaiye aap kahan jaayenge from the film Mere Sanam (1965).