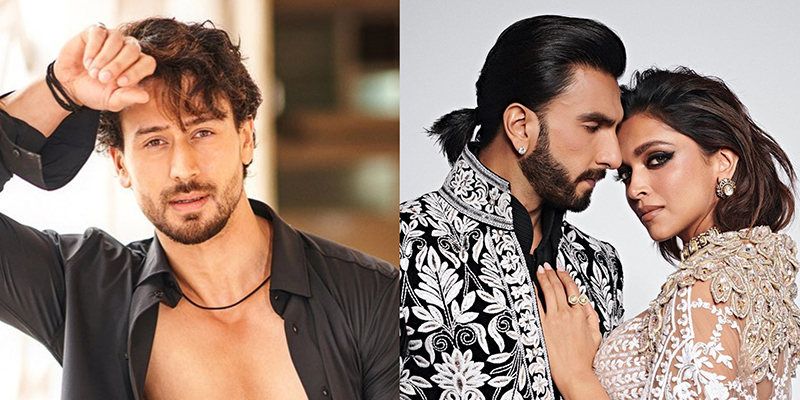 The couch in Koffee With Karan is the hot seat where various actors spill beans that lead to widespread repercussions on social media.

As the trailer of the ninth episode of Koffee With Karan Season 7 was released by filmmaker-host Karan Johar, actor Tiger Shroff reveals he envies Ranveer Singh for his wife, who happens to be Bollywood superstar Deepika Padukone.

When Karan asks what Tiger envies Ranveer Singh for, the 'Heropanti' star answers, "His wife."

When the host was taken aback, Tiger says because "she is talented".

"Is that why?" Karan questions. When pressed further, Tiger, "She is very pretty."

Tiger will be featured in the episode along with his Heropanti co-star and very popular actor Kriti Sanon.

The episode will be streaming on Disney Plus Hotstar Thursday.