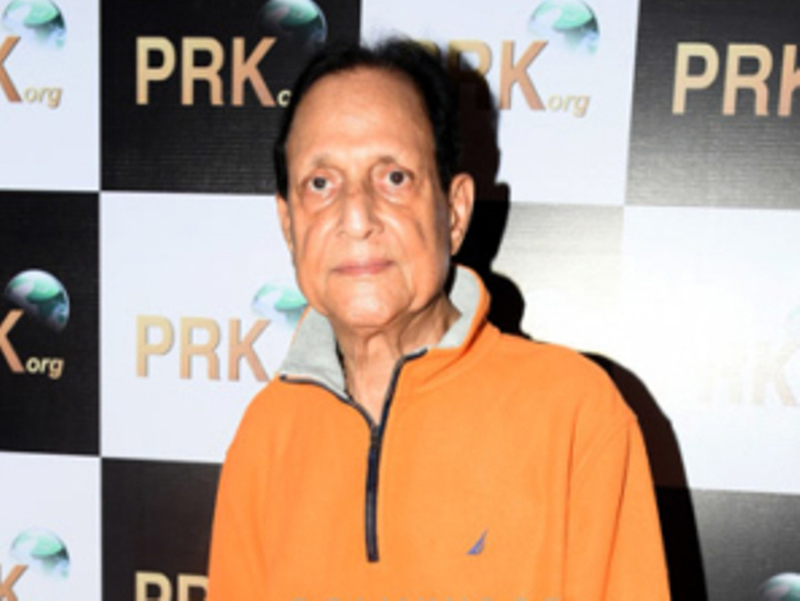 According to reports, the director-producer-lyricist suffered heart failure and lung-related ailments too. He breathed his last at 4 PM.

The celebrated artist had been in critical condition for the past few days and was undergoing treatment in the intensive care unit of Mumbai's Kokilaben Dhirubhai Ambani Hospital.

Mourning his death, superstar Salman Khan shared a picture of them together on Twitter and wrote: "May u rest in peace my dear Sawaan ji. Have always loved n respected u."

May u rest in peace my dear Sawaan ji. Have always loved n respected u. pic.twitter.com/SH3BhYxco8

Saawan Kumar began his career as the producer of the 1967 Sanjeev Kumar starrer film Naunihal. He was the one who gave the name Sanjeev to actor Haribhai Jariwala. The film received a Presidential mention at the National Awards.

His directorial debut was with the film Gomti Ke Kinare (1972), which was Meena Kumari's last film, and was released posthumously.

He then went on to direct many Hindi films, including successful films like Saajan Bina Suhagan, Souten, Souten Ki Beti, Sanam Bewafa, and Bewaffa Se Waffa.

Among these are "Sabak", the 1973 movie starring Shatrughan Sinha and Poonam and featuring the popular song "Barkha Rani Zara Jamke Barso". He penned some songs from the film Kaho Naa... Pyaar Hai and all the songs from the 2004 film Dev.

He was married to music director Usha Khanna.