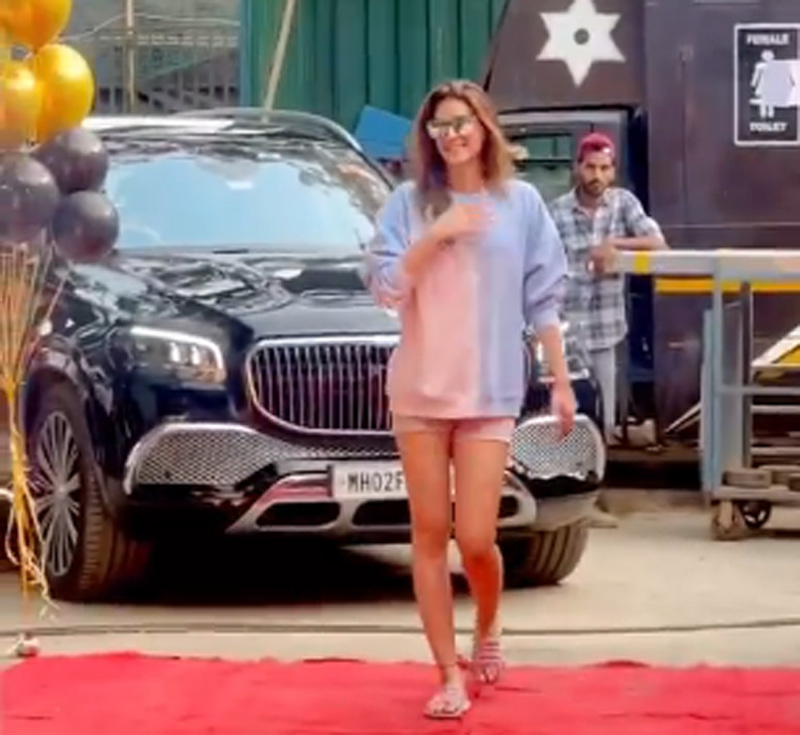 Mumbai: Bollywood actor Kriti Sanon gets a sweet surprise on the sets of 'Ganapath', as she arrives for her shoot post the win as the Best Actress for 'Mimi', at a recently held award function.

The 'Bachchhan Paandey' actor took to her Instagram story to share videos of a surprising entry for her at the sets this morning when she arrived to shoot for her next action flick, 'Ganapath. We can see a red carpet laid out with balloons and pyro fireworks alongside.

She then had another surprise waiting in her vanity van as it was filled with bouquets of flowers spread out in the van and an adorable note that congratulated the honest, dedicated and talented actor that she is, who has come to win big and also cheered for her film, Mimi.

A surprised and happy Kriti wrote, "Thank you so much Team Ganapath Made my day!”, tagging producers Jackky Bhagnani and Deepshikha Deshmukh at Pooja Entertainment and her director, Vikas Bahl.

Kriti has a massive lineup of films in her kitty including, 'Adipurush', 'Shehzada', 'Ganapath', 'Bhediya' and Anurag Kashyap's unannounced next.