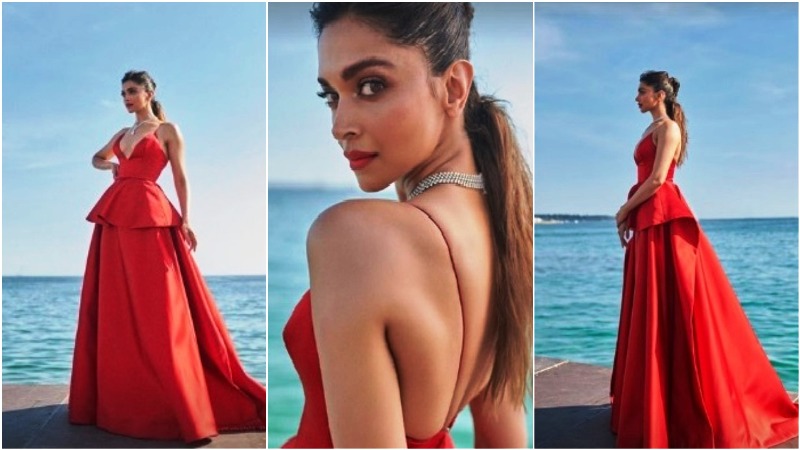 Mumbai/IBNS: Actor Ranveer Singh was not only awestruck by his wife Deepika Padukone's images from the Cannes Film festival, but he also took a flight to be with her.

Padukone, who is a jury member at the Cannes Film Festival 2022, stunned the red carpet again on Thursday in a red outfit.

She made an absolute case of gorgeousness in a scarlet gown by Louis Vuitton.

The dress, cut low in the front and with a peplum at the waist and a train at the back, was accessorized with a Cartier necklace.

As she shared her image on Instagram, her husband Ranveer Singh, wrote this on her post: "Killing me." 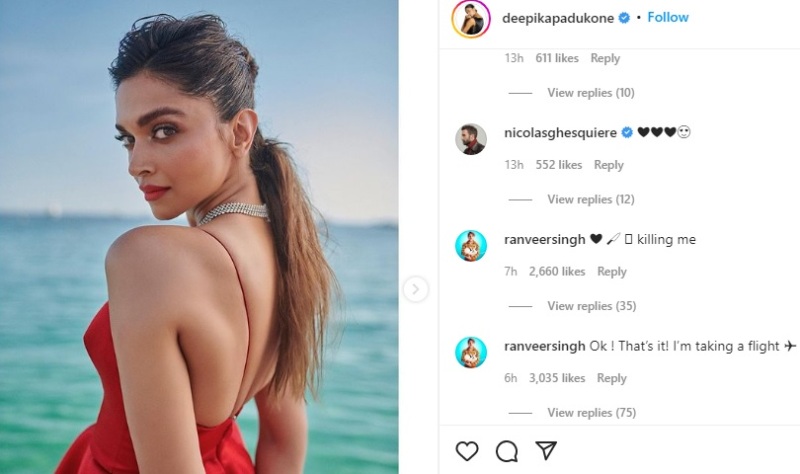 A few minutes later, he dropped another comment that read: "Ok! That's it! I'm taking a flight."

When Ranveer Singh said, he is taking a flight, he actually did. The actor was pictured at the Mumbai airport earlier.

Here's a screengrab of his look: 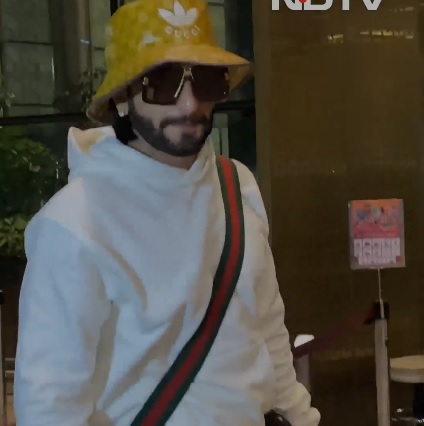 She ad sported a Sabyasachi saree in her first red carpet look.