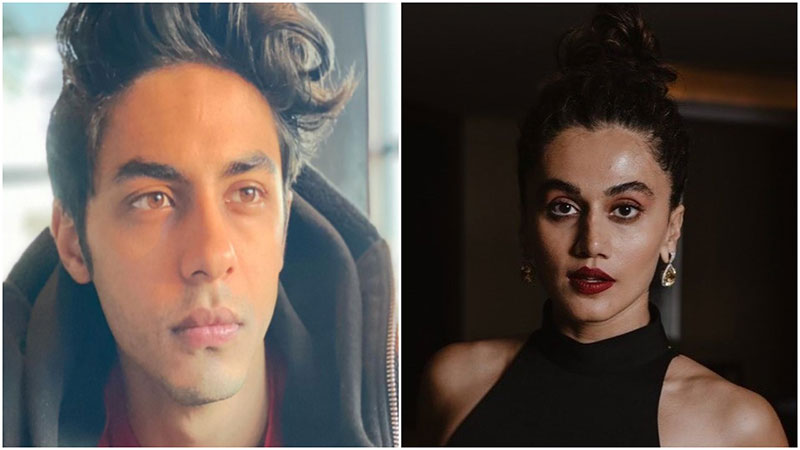 Mumbai/IBNS: At a time several Bollywood personalities have called out trolling of superstar Shah Rukh Khan's son Aryan, who is arrested in a drug case, actress Taapsee Pannu has said such a reaction is a part of the life of a public figure.

In an interview with The Times of India, Taapsee said, "That’s a part and parcel of being a public figure. And, that’s a baggage every public figure’s family also carries, whether they like it or not.

"You have the positives of enjoying a star status and this is the kind of negative that also comes with it. If it’s a family of a big star, you also enjoy the perks of that, right? So, there’s a negative side also that you end up facing."

She added, "I think with that kind of stardom level, you’re aware of the scrutiny that’s going to happen. It’s not like ki kahan se aagaya pata nahi chala (I don't know where they came from).

"I’m sure they know the kind of repercussions of things that are going to happen. As far as they are ready to go through the legal process, which is the law of the land, you have to go through it."

From Sunil Shetty to Hrithik Roshan, multiple top B-Town stars have shared solidarity with 23-year-old Aryan, who was arrested last Saturday from a rave party on a cruise by the Narcotics Control Bureau (NCB).

Aryan was Thursday sent to 14-day custody and the star kid's bail application was rejected by a court a day ago.