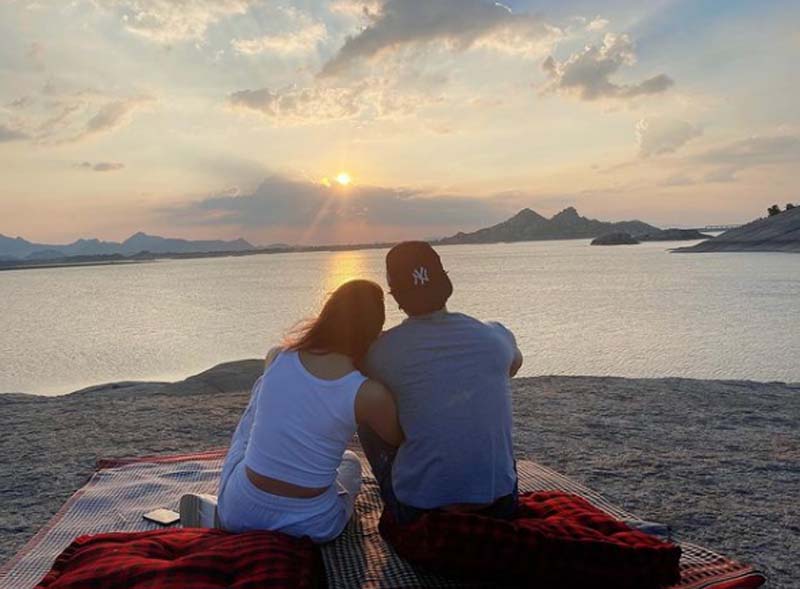 Mumbai: Actress Alia Bhatt on Tuesday finally gave a treat to her fans by writing a heart-touching birthday post on Instagram to wish her boyfriend, Ranbir Kapoor.

The image shared with the wish surely showed a glimpse of Alia and Ranbir's special birthday celebration aid nature.

She wrote: "happy birthday my life."

In the image, Alia and Ranbir could be seen enjoying the sunset together, giving proper vacation goals to their fans.

As per media reports, the couple was spotted in Jodhpur on Monday.

Meanwhile, the duo will soon be seen on the big screen together in the movie Brahmastra.

The movie will be released on Mar 18.

The movie is produced by Yash Raj Films and directed by Karan Malhotra.

The movie's first look was unveiled on the birthday of Ranbir Kapoor.

Vaani Kapoor and Sanjay Dutt are also part of the project.