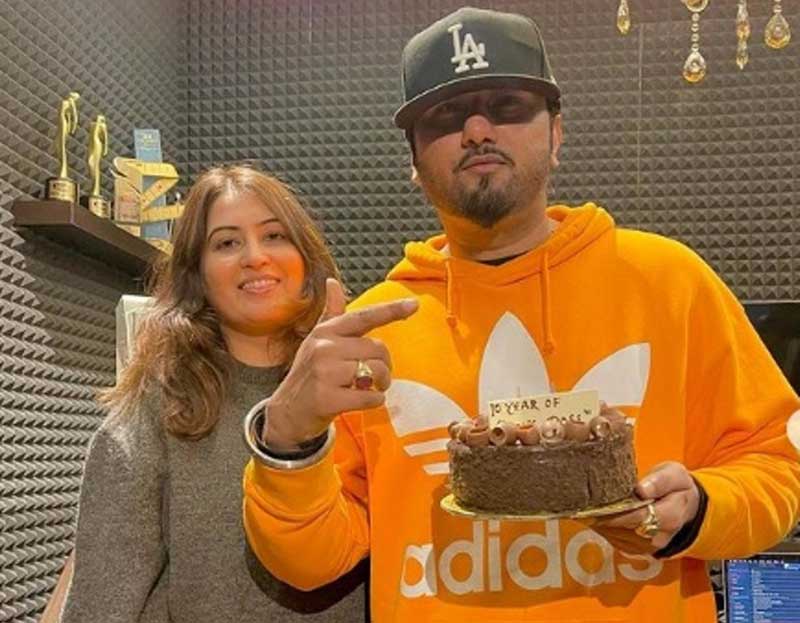 Domestic violence case filed against Yo Yo Honey Singh by wife, court sends notice to rapper

Mumbai/IBNS: A case of domestic violence has been lodged against popular Bollywood rapper-singer Yo Yo Honey Singh by his wife Shalini Talwar under the Protection of Women from Domestic Violence Act.

The case against the musician has been registered in Delhi's Tis Hazari Court.

Honey Singh has been served a notice by the court and asked to respond to the same by August 28.

According to reports, Talwar in her application, has alleged that she has been subjected to physical, verbal and mental abuse at the hands of her husband.

She also alleged that she was not made privy to all the cash payments that the musician received for his shows and other professional commitments.

Talwar stated that during the time when Honey Singh earned around Rs. 4 crore a month, he became addicted to drugs and alcohol. He also became arrogant, abusive and started having multiple affairs.

When she found out about his affair with a Punjabi actress, he promised to break up with her to remain loyal to his wife.

In her statement, Talwar also mentioned that Honey Singh suffered from paranoia, blackouts and had even refused to go to stage to perform.

She said that at that time, she had tried to calm him down at the hotel room, asked him to rest and then go to stage as it was unprofessional to break commitments. But the musician had turned around and hit her while being abusive.

Honey Singh has not released any statement so far to the allegations.