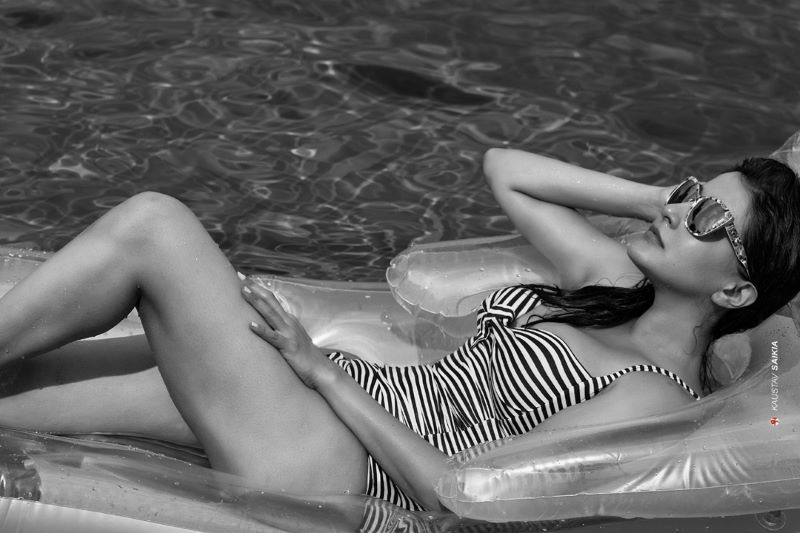 Mumbai/IBNS: Indian actor Raima Sen has set the mercury level on social media soaring yet again with a sizzling picture of herself.

In the picture, Raima was seen relaxing wearing a black and white monokini as the picture was liked by thousands of her followers.

She captioned the picture saying,"#blackandwhite series."

Last month, the popular Bengali actor took social media by storm by posting a number of her bold pictures, drawing the attention of her millions of fans and followers.

In one of the shots, she went topless, wearing a pair of jeans and covering her modesty with a piece of cloth.

Not just social media posts, Raima is making headlines also through her acting in recently-released web series The Last Hour, which was released on Over-the-top (OTT) platform Amazon Prime Video.