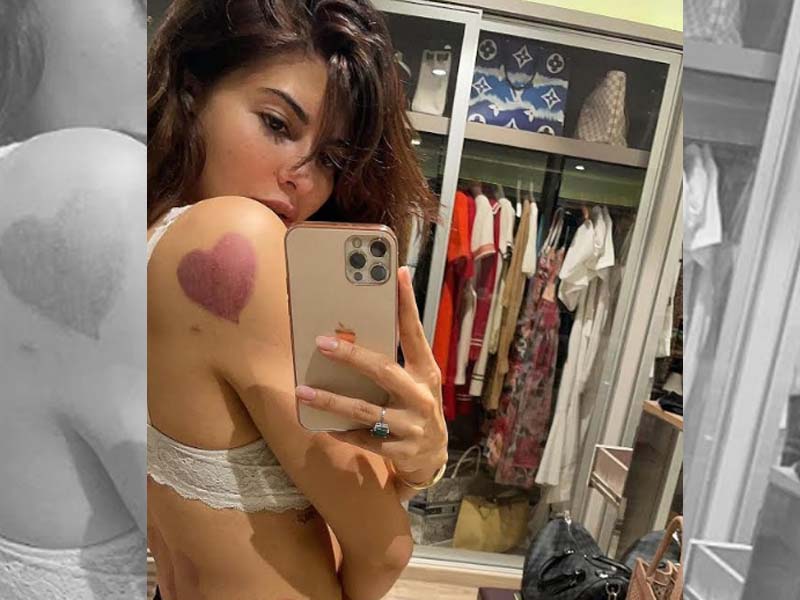 Mumbai/IBNS: Bollywood actor Jacqueline Fernandez took the internet by storm by sharing a picture where she seems to be impressed with the cupping therapy.

In the picture, which the actor shared on Instagram, Jacqueline can be seen having a red heart shaped mark on her shoulder as she was sporting a white bra.

Jacqueline, who made her Bollywood debut with Aladin, was last seen in Mrs. Serial Killer.

She will be seen next in a number of films including Bhoot Police, Bachchan Pandey and Ram Setu.