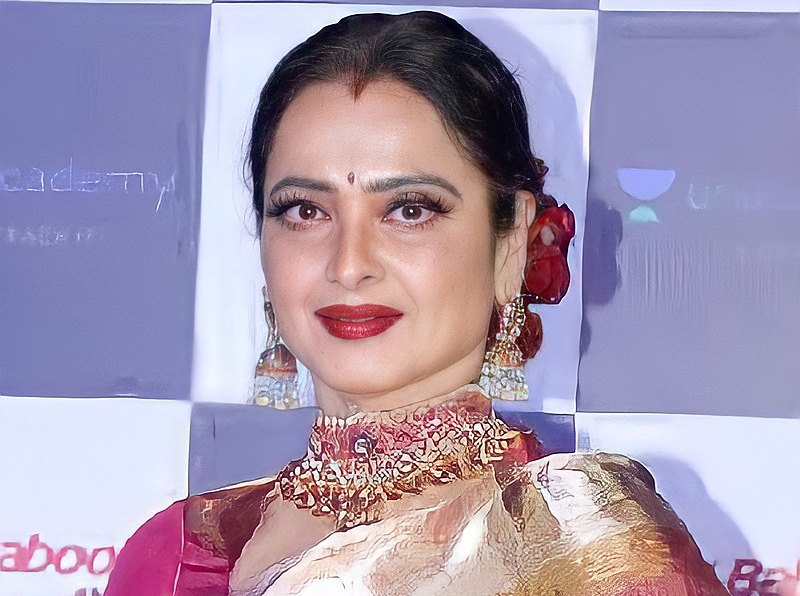 Mumbai/IBNS: Bollywood's evergreen diva Rekha is known to possess a wry wit, which became apparent during her recent appearance at a music reality show, where her tongue in cheek humour on falling for married men had the whole set in splits.

The incident took place during an episode of the latest season of Indian Idol, where Rekha joined the rest of the cast and crew as the special guest.

As host Jay Bhanushali- who recently took over from Aditya Narayan- asked singer Neha Kakkar, a judge in the show, and Rekha if they had ever heard about anyone falling for a married man, the diva quickly retorted with "Mujhse puchiye na" (Tell me about it!).

The answer was on point and likely caught Bhanushali by surprise as he waited for a brief second (likely experiencing his 'wait a minute' moment) before countering.

Bringing her years of experience to the fore, the legendary actress proceeded to downplay her statement, nonetheless it had judge Vishal Dadlani on his feet clapping while others too cheered.

For the uninitiated, Rekha's onscreen chemistry with Bollywood legend Amitabh Bachchan spilled over to their personal lives (allegedly), and the latest 'faux pas' was aimed at it.

Rekha and Amitabh had their first onscreen work-experience with the film Do Anjaane. By the time the film was released, Amitabh was already married to actress-turned-lawmaker Jaya Bachchan.

Her interaction, since she met Amitabh has been known to be intimate, with the press going gaga over their alleged relationship.

The 66-year-old actress’s humour must have cracked up an entire generation, who might have reminisced on the columns filled with the famed romance of Amitabh and Rekha, after listening to her remarks.

Rekha, had her own fun with such quirky comments, and is expected to raise some eyebrows with similar punch lines, when the episode airs.

Amitabh Bachchan hasn’t yet responded to Rekha’s remarks which are believed to have been directed at him.