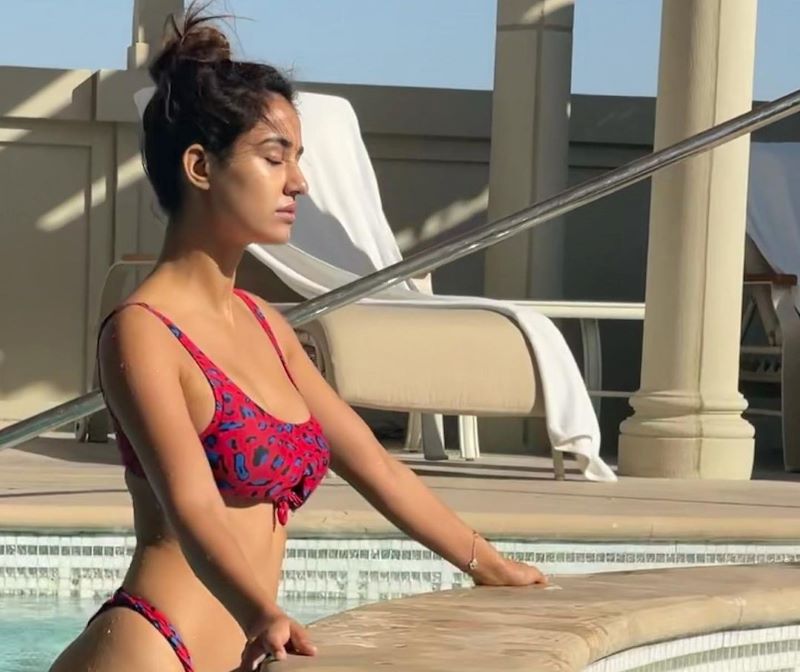 Mumbai/IBNS: Indian actor Disha Patani raised a storm on social media by sharing yet another gorgeous image of herself.

Patani took to Instagram to share an image where she can be seen beside a swimming pool, dressed in a bikini.

She left no caption in the image.

On the work front, Patani, who made an impression on the silver screen with a cameo in MS Dhoni: The Untold Story, was last seen in Malang.

The actor was seen romancing with co-star Aditya Roy Kapur in the film which was released in early 2020.

She will next be seen in KTina and Radhe.