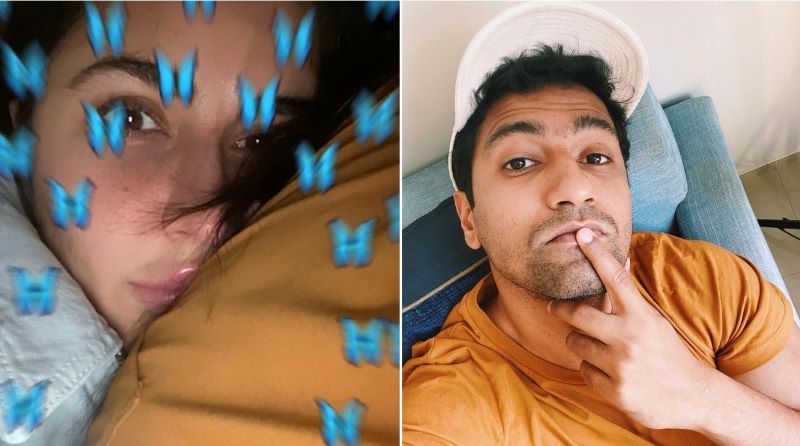 Mumbai/IBNS: Rumours were already brewing about their dating, but a recent picture by Bollywood superstar Katrina Kaif on Instagram has further fuelled the speculation of her relationship with actor Vicky Kaushal.

Kaif took to her Instagram profile and posted a story where she was seen cuddling up with someone, whose face was not visible in the picture.

Linking the t-shirt of the mystery man, if that can be called, with a picture of Kaushal wearing a similar attire, fans on social media have started concluding that Bollywood is set to get another power couple.

Also Read: Dating is a beautiful feeling: Vicky Kaushal on his rumoured relationship with Katrina Kaif

Kaif, who has remained single in her life for the past several years, had said in a past interview that she wanted to date someone.

Though Kaushal was spotted with Kaif at several events, the young actor remained tightlipped over the rumour.

In an interview with Bollywood Hungama, Kaushal, when asked about his rumoured dating, had said, "I hope you respect this… I really want to guard my personal life to some extent because if you open up, it leads to discussions and interpretations and misinterpretations. That is something I am not inviting."

"I guess it is better that way, that I guard my personal life to some extent and I don’t want to open up about anything," he added.

On the work front, Kaushal will be starring next in Shoojit Sircar's biopic on Sardar Udham Singh, Kaif, who is a senior Hindi film actor, is waiting for the release of Sooryavanshi.