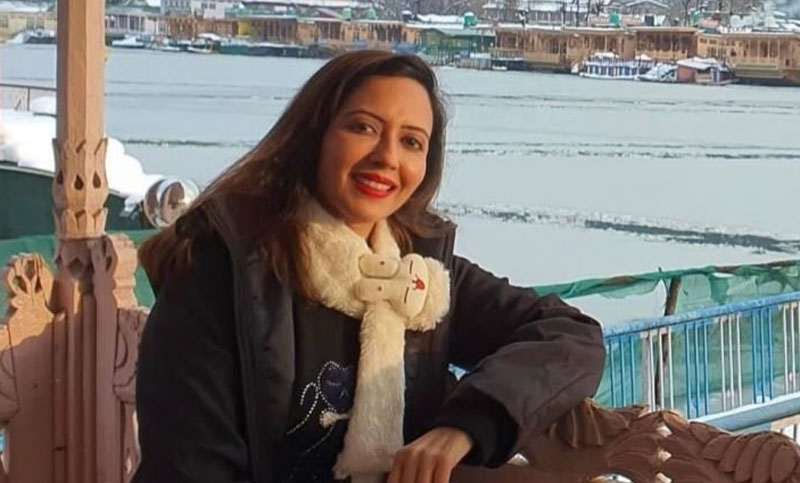 Mumbai: Bollywood actress Garima Goel who is in Kashmir these days on Sunday termed the valley a perfect destination for the film shootings.

“It is an amazing location for film shootings and I want more film units to visit here,” she said.

According to a statement, Garima who is in Kashmir with the team of Netflix for the recce of a shoot said she will suggest her friends in production houses in Mumbai to pack their bags and shoot in Kashmir.

“Instead of going to the places like Poland and Switzerland, why not to shoot in Kashmir which is our own place,” said Garima who has acted in the Bollywood films like Super Laundeys and Lipstick Under My Burka.

“It was a beautiful experience of being there in the snowfall. I enjoyed ATV bike and sledge riding,” she said.

She said that enjoyed Kashmiri kehwa as well. “Food served here is mind blowing. Though I am a vegetarian, I haven’t eaten the Dum Aloo and Razma Chawal of better taste than Kashmir,” she said adding many tourists were also relishing the Kashmiri Wazwan (multi-course meal in Kashmiri cuisine).

Garima said that she was impressed by the hospitality of the Kashmiris.

“People are much helpful here and they should remain of the same nature,” she said.

She added that she wanted to promote the tourism Industry in Kashmir through films and other mediums.

Irshad Ahmad Hazari, the film line producer at Euphoria Travel Services Private Limited who organised the visit of the actress said that they are making every effort to bring Bollywood and other film units back to Kashmir. “We will continue to work on this,” he said.