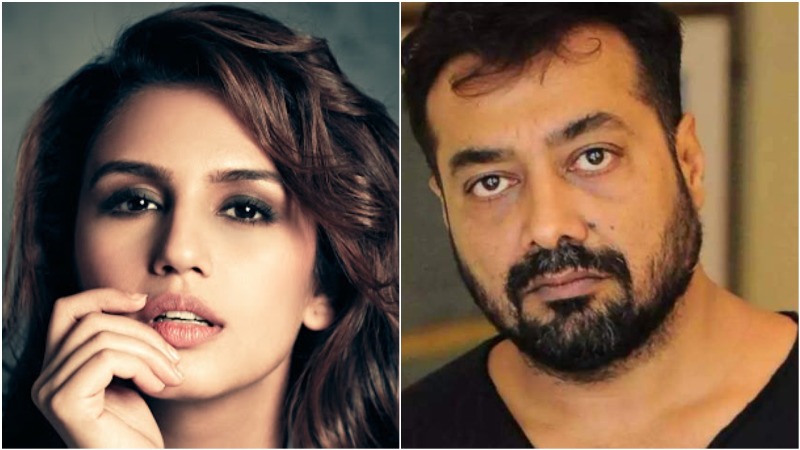 'Angry at being dragged into this mess,' Huma Qureshi says on Anurag Kashyap sexual controversy

Mumbai/IBNS: Actress Huma Qureshi on Tuesday shared a hard-hitting response on her social media profile after her name was dragged into an alleged sexual controversy involving filmmaker Anurag Kashyap.

An 'angry' Huma Qureshi wrote that to the best of her knowledge, Anurag Kashyap never behaved improperly with her or anyone else.

She had featured in Kashyap-directed two-part Gangs Of Wasseypur.

In an alleged controversy, Kashyap has been accused of "forcing" himself on actress Payal Ghosh, who reportedly told ABN Telugu that he named three actresses as being "just a call away."

In response to Kashyap, the actress reportedly claimed to have said, "You have given chance to Richa Chadha, Mahie Gill, Huma Qureshi... they are so nominal looking girls. Generally directors don't give them chance but you have done a great job. But I am not mentally prepared for this right now."

The actress had even tagged PMO India and Narendra Modi's Twitter handles in her tweet to help her take action against Kashyap.

@anuragkashyap72 has forced himself on me and extremely badly. @PMOIndia @narendramodi ji, kindly take action and let the country see the demon behind this creative guy. I am aware that it can harm me and my security is at risk. Pls help! https://t.co/1q6BYsZpyx

In a strongly worded response, Qureshi, whose name has been dragged in the controversy, wrote: "Anurag and I last worked together in 2012-13 and he is a dear friend and an extremely talented director. In my personal experience and to my knowledge he has neither misbehaved with me or anyone else. However, anyone who claims to be abused must report to the authorities, the police and the judiciary."

Qureshi said she feels angry that her name has been "dragged into this mess."

She continued, "I chose not to comment till now because I don't believe in social media fights and social media trials. I feel really angry at being dragged into this mess. I feel angry not just for myself but also every woman whose years of hard work and struggle gets reduced to such baseless conjecture and allegations in their workplace."

"Please let's refrain from this narrative. It is the joint responsibility of women and men both to carefully protest the sanctity of #MeToo. This is my final response. Please do not approach me to make any more statements on this matter," she added.

A post shared by Huma S Qureshi (@iamhumaq) on

Actress Richa Chadha, who also starred in Gangs Of Wasseypur, too denied such allegations. Her lawyer has even sent a legal notice to Kashyap's accuser for dragging her name in a "derogatory manner".

She shared her lawyer's statement on social media which read: "Our client 'Ms. Richa Chadha' condemns the act of her name being unnecessarily and falsely dragged in a derogatory manner into controversies and allegations being recently raised by third parties."

"Though our Client believes that genuinely wronged women should get justice at all costs, there are legislations that are intended to ensure that women have an equal standing in their workplace and to ensure that they have a cordial workplace in which their dignity and self-respect is protected."

"No woman should misuse their liberties to harass other women with unsubstantiated or non-existent, false and baseless allegations. Our Client has initiated appropriate legal action and shall further pursue her legal rights and remedies in law as may be advised in her best interest," she wrote.

Anurag Kashyap earlier denied all the accusations and stated that he is considering legal actions against such "false, malicious and dishonest" claims.

His lawyer's statement read: "My client, Anurag Kashyap, feels deeply pained by these false allegations which have surfaced against him. These allegations are completely false, malicious and dishonest."

"My client has been fully advised of his rights and remedies in law and intends to pursue them to the fullest," his lawyer wrote.

Here is the statement from my lawyer @priyankakhimani on my behalf .. thank you

Kashyap received support from his ex-wives too.

Actress Kalki Koechlin, which whom Kashyap divorced in 2015, shared a lengthy post supporting her former husband and wrote: "Don't let this social media circus get to you."

His ex-wife Aarti Bajaj, who separated from Kashyap in 2009, said: "Keep empowering women as you do."