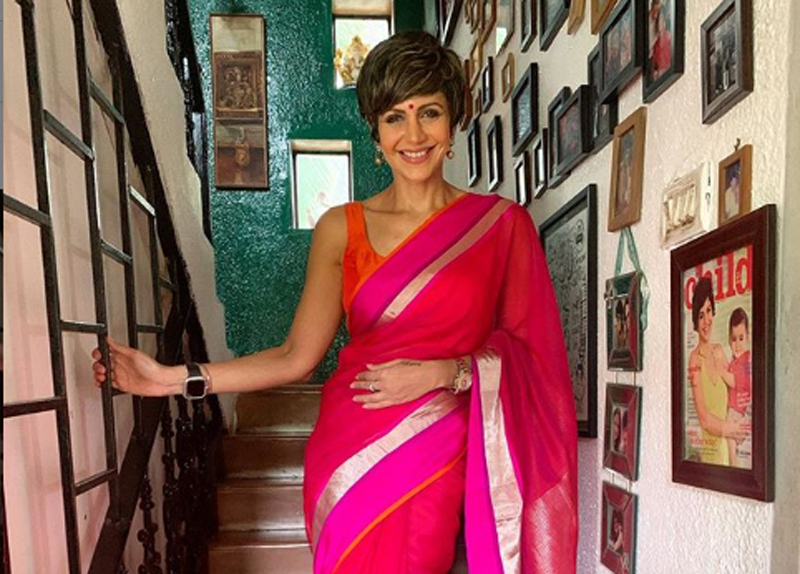 Mandira could be seen wearing a fashionable saree in the image and she smiled beautifully to make the image a memorable one for fans.

In the 90s, Mandira gained celebrity status playing the title role in the 1994 television serial Shanti

With hosting duties for ICC Cricket World Cups in the years 2003 and 2007 and the Champions Trophies in the years 2004 and 2006 as well as the Indian Premier League season 2 for Sony Max. She fronted the coverage of IPL season 3 for the British Network – ITV.

She debuted as a fashion designer during Lakme Fashion Week 2014 with her saree collection.

She played a crucial role in the movie Dilwale Dulhania Le Jayenge.