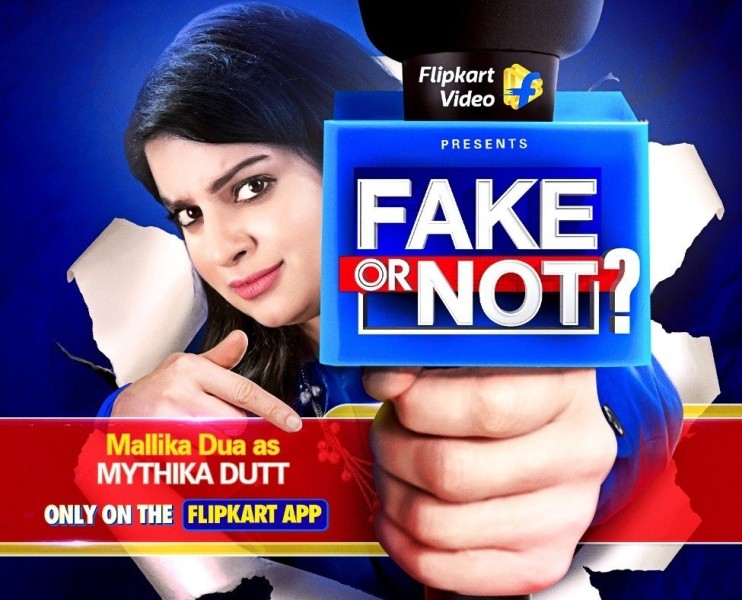 The show was launched on the Flipkart app on Monday.

Mythika Dutt, a news anchor and host of ‘Fake or Not?’, is committed to tackle fake news and fight ignorance through her news segment.

Along with quashing inaccurate news, the new quiz show from Flipkart Video Originals will also bust common myths that people have come to believe as facts, with a fun twist.

Mallika said, "People today are so easily misinformed with all the viral content flooding social media. It has been great taking on a new role, playing Mythika Dutt, to address this. True to the character, I am determined to fight misconceptions as I keep viewers informed through the light-hearted and engaging format of the show.

"This is such a great initiative by Flipkart Video to educate people and the twist of comedy makes the show entertaining, while still driving awareness to question the source and credibility of the information. The show is definitely the need of the hour and I can’t wait to see how this journey unfolds."