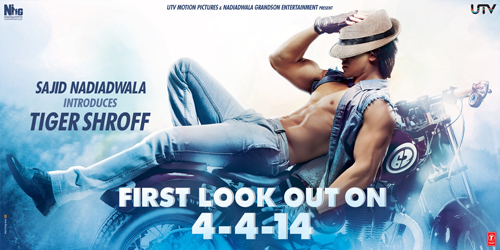 The video shows the power packed dialogues as mouthed by Tiger Shroff. It also showcases perfectly executed fight scenes and portrays the hardships the couple goes through.
Fans will get a glimpse into the various facets of the lead characters.

‘Heropanti’ is the story of two young conflicting protagonists, their battles with society and their coming of age love story.
Directed by Sabbir Khan, Heropanti stars debutants Tiger Shroff and Kriti Sanon. Produced by Sajid Nadiadwala, the movie is slated to release on May 23.
Related Images