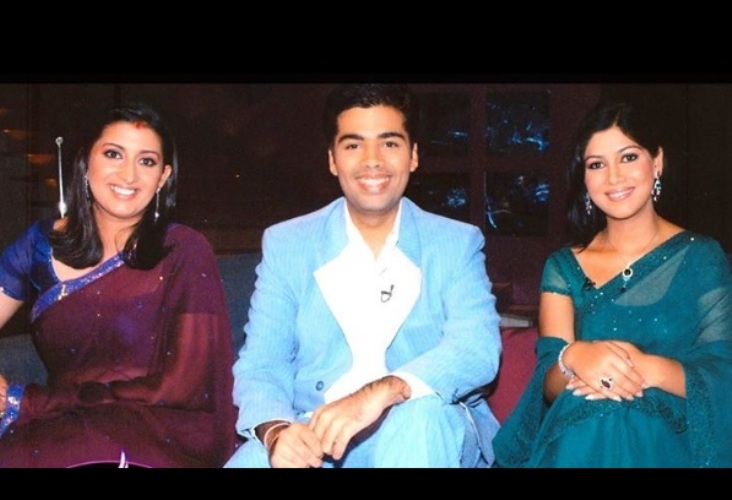 New Delhi/IBNS: It was a real 'Throwback Thursday' for Union Minister Smriti Irani who went down the memory lane to share a photograph from her acting days when she featured in one of the most popular talk show on television 'Coffee With Karan.'

In the image she can be seen with filmmaker-host Karan Johar and her colleague from the industry Sakshi Tanwar.

The tale dates back to thos days when she featured as 'Tulsi' in a very popular show produced by Ekta Kapoor 'Kyunki... Saas Bhi Kabhi Bahu Thi', which became a sort of bread and butter for every household in Hindi-speaking areas.

Sharing the image, in which we see a much younger Irani clad in a burgundy saree , she wrote: "POUT MIA alert."

This has an obvious reference to Karan Johar's famous pout - a permanent look in most of his photographs nowdays. "Throwback to a time @karanjohar smiled in photos taken."

POUT MIA alert ðŸ¤“Throwback to a time @karanjohar smiled in photos taken ... P.S—- notice how slim yours truly was ðŸ¤¦‍â™€ï¸totally blame the damn hampers for the weight gain ðŸ¤ª#tbt â¤ï¸

She continued her caption stating: "Notice how slim yours truly was. Totally blame the damn hampers for the weight gain."

Irani's post garnered over 8,000 'likes' within minutes of being posted.

This is not the first time she treated her fans with blast from past. A throwback photograph appeared last time in October in which she was dressed in pristine white.