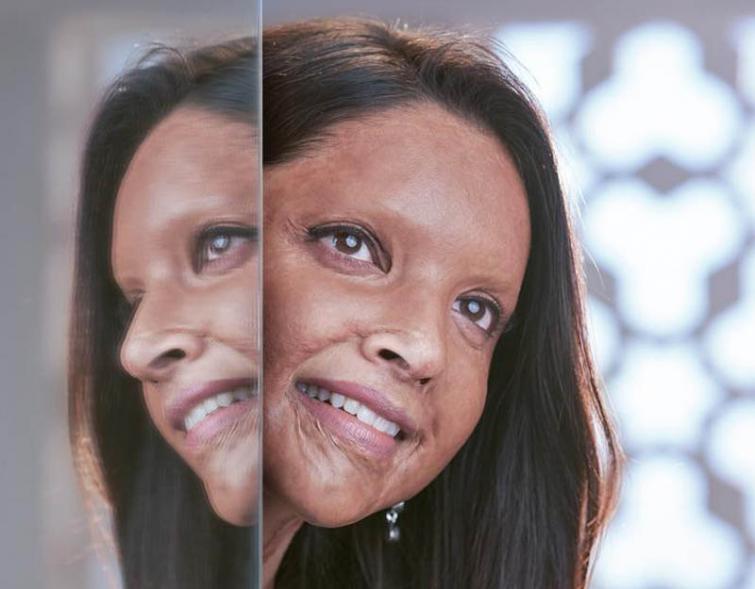 Mumbai/IBNS: Several netizens slammed Indian actress Deepika Padukone online after she met several Tiktok influencers and challenged one of them to recreate looks from her popular films like Om Shanti Om, Piku and Chhapaak.

Several netizens disliked her challenging a Tiktok user to recreate her 'acid attack' victim look from the movie with the action seen as "insensitive".

This is really disrespectful to acid attack victims, @deepikapadukone. How disgustingly low are you going to stoop to promote yourself? pic.twitter.com/zP9MAcRFNT

One Ishita Yadav tweeted: "This is really disrespectful to acid attack victims, @deepikapadukone . How disgustingly low are you going to stoop to promote yourself?."

Telling you this as the son of an acid attack victim: @deepikapadukone you are one sick human being. My mother had to undergo years of surgery & emotional trauma. The victims are strong & beautiful, your commercialisation of their suffering is disgustingpic.twitter.com/2tOvkJqyU9

Another user Abhijit said: "Telling you this as the son of an acid attack victim: @deepikapadukone you are one sick human being. My mother had to undergo years of surgery & emotional trauma. The victims are strong & beautiful, your commercialisation of their suffering is disgusting."

User Dr. Smookie said: "And just when we thought that @deepikapadukone  couldn’t mock Lakshmi anymore through her PR stunts in JNU she comes up with tick tok challenge on acid attack victims. Gross."

Union Minister Smriti Irani on Friday said the actress made her political affiliation and her support to Congress known in 2011.

Speaking at an event, Irani, who is one of the BJP's 303 Lok Sabha MPs, said, "I think I would rather know what her political affiliations and than not know. I think that anybody who has read the news knew where you are going to stand, knew that you are going to stand with people who wanted the destruction of India, knew that you are standing people who celebrate every time a CRPF jawan is killed...." (sic)

"I can't deny her the right that she will stand with the people who will beat up other girls who don't see eye-to-eye ideologically in private parts... She actually made her political affiliations known in 2011 that she supports the Congress party...." she added. (sic)

Irani was probably referring to a August 2010 interview where Padukone had said she wanted then Congress general secretary Rahul Gandhi to become the Prime Minister as he was working for the youth.

"I don't know much about politics. But Rahul Gandhi is a classic example for what he is doing for the young people. He is doing a lot for the country. And I think hopefully he will become the Prime Minister one day," she had said.

Deepika made a surprise visit to the JNU recently, two days after the university students including its union leader Aishe Ghosh were attacked by a large number of masked men.

The actress stood in the middle of the Leftist students amid the sloganeering, but didn't say anything and later departed.

Of course she was spotted in a frame greeting Ghosh with folded hands.

Following Padukone's visit, several people on Twitter called for a boycott of the actress' film Chhapaak, which released on Jan 10, with a hashtag #boycottchhapaak.

Also a section of Twitterati lauded Padukone supporting her with #IStandWithDeepika and #ISupportDeepika.

In the movie, Deepika was seen playing the character of  acid-attack survivor Laxmi.