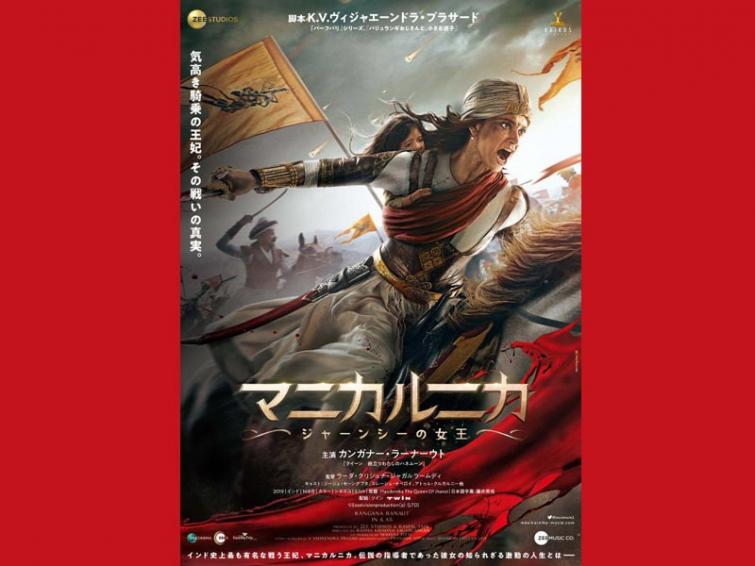 Kangana Ranaut's Manikarnika: The Queen Of Jhansi ti release in Japan next month

Mumbai/IBNS: Bollywood movies have often released in Asian nations these days and this time it is Kangana Ranaut's Manikarnika: The Queen Of Jhansi that will be screened in Japan from Jan 3.

A Japanese version of the poster has been released.

Directed by Ranaut and Radha Krishna Jagarlamudi, the film is based on the heroic deeds of Indian queen  Rani Laxmibai.

The movie had made a strong mark in Indian Box Office.