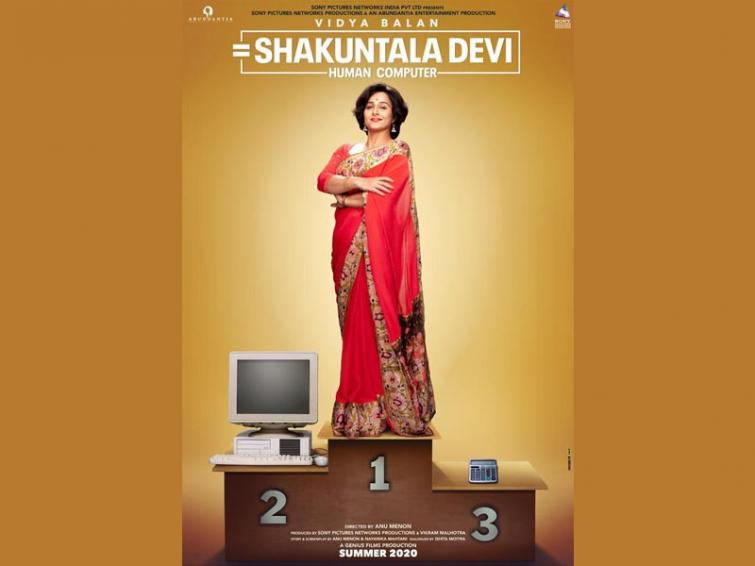 In the poster, Vidya can be seen in a red saree and short hair.

Vidya will essay the role of mathematician genius Shakuntala Devi in the film which will be directed by Anu Menon.

Born on November 4, 1929, Shaktuntala Devi, who was an Indian writer and mental calculator, was called as human computer. She passed away in 2013.

Her book The World of Homosexuals is considered to be the first study of homosexuality in India.

The film on Devi's life will to hit the theatre houses in summer 2020. The shooting for the film started on Monday.

Balan, a prominent face in the Indian film industry, will return to Hindi films after the release of 2017 film Tumhari Sulu.