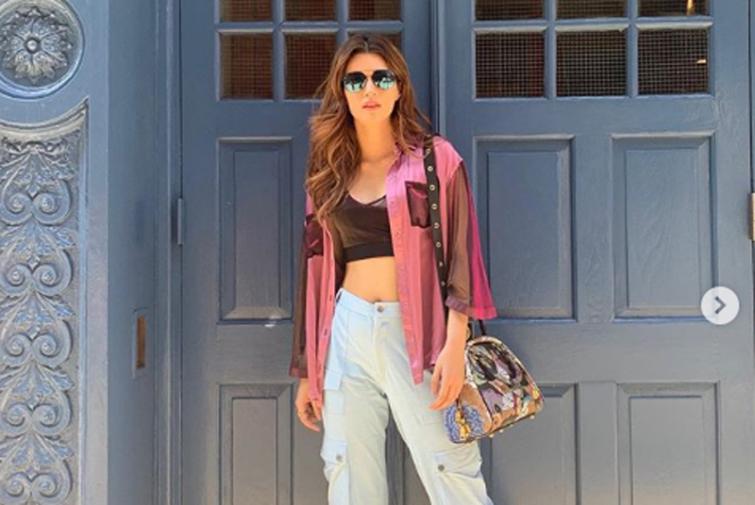 Kriti Sanon in New York, poses in front of a perfect background

New York, Sept 14 (IBNS): Travelling in New York city, Bollywood actress Kriti Sanon found a perfect background to click her image and then share it for her fans on Instagrams recently.

Kriti is one of the top rising stars in Bollywood.

She made her debut with Heropanti but then went on to win hearts with her memorable performances in several movies over the years.

She shined in movies like Luka Chuppi and Arjun Patiala this year.

Sanon has starred in three commercially successful films, the action-romance Dilwale (2015), which ranks as her highest-grossing release, and the romantic comedies Bareilly Ki Barfi (2017) and Luka Chuppi (2019).