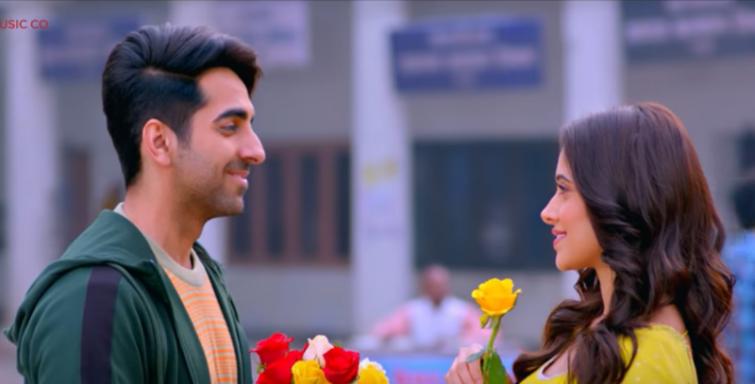 Moving on from his serious film Article 15, Ayushmann in the song can be seen deeply immersed in love with Nushrat.

In the course of the song, the two actors take a rickshaw ride, enjoy fast food and also visit temples.

"Pehle connection to ek ho jaye (Let the connection be set first)" is Nushrat's dialogue which preceded the song sung by Altamash Faridi and Palak Muchhal.

It will portray the Badhaai Ho actor as a call center worker who talks to men as a woman.

The Raaj Shaandilyaa directorial film will hit the big screens on Sept 13.