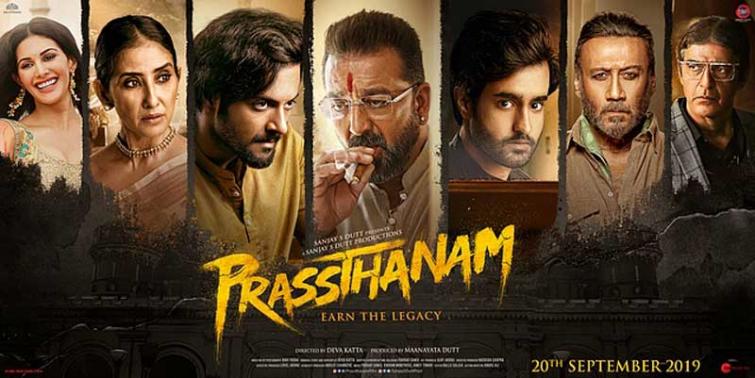 After launching the trailer of Prassthanam in Delhi, the makers have released its movie anthem in Lucknow and Jaipur along with the cast.

Titled Prassthanam, the upbeat title track has been written and composed by Farhad Samji and sung by Dev Negi. It captures the film’s core theme, which revolves around a family with a political background.

Prassthanam, a remake of south hit film with the same name, is all set to release on September 20.

This is the first film where Sanjay and Manisha are sharing screen space after 11 years. The two actors were last seen in 2008 film Mehbooba.

The film has been directed by Deva Katta.