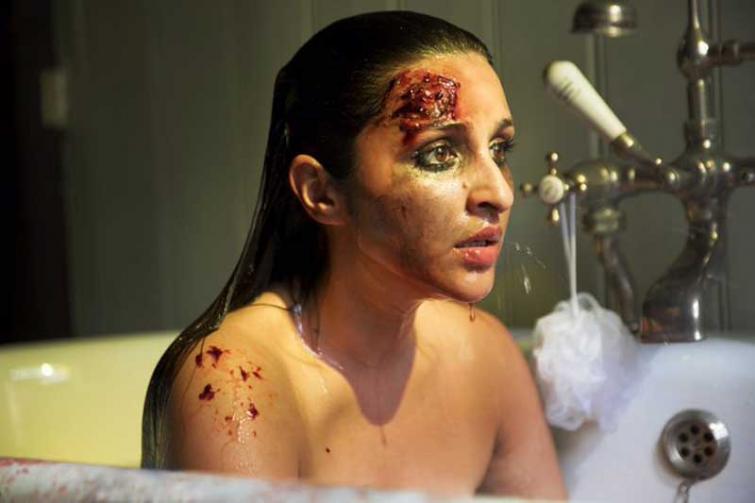 Mumbai, Aug 21 (IBNS): Two first look posters of actress Parineeti Chopra's upcoming movie The Girl On The Train have been released by its makers.

In one of the posters, Parineeta could be seen bruised with a head injury and with blood and dripping down her face.

Parineeti said she attempted to do something in the movie which she had never done before.

"Something I’ve never done before. And the most difficult character I have ever played in my life.#FirstLook TheGirlOnTheTrain @RelianceEnt @Shibasishsarkar
@amblin ," she tweeted.

A raging alcoholic. Something I’ve never done before .. and the most difficult character I’ve ever played. ðŸ’¥ #TheGirlOnTheTrain @RelianceEnt @amblin #RibhuDasgupta pic.twitter.com/yS444A6DSA

Parineeta is stepping into the shoes of Emily Blunt for the Hindi remake of the 2016 movie.

The movie was based on British author Paula Hawkins' popular 2015 debut novel of the same name.