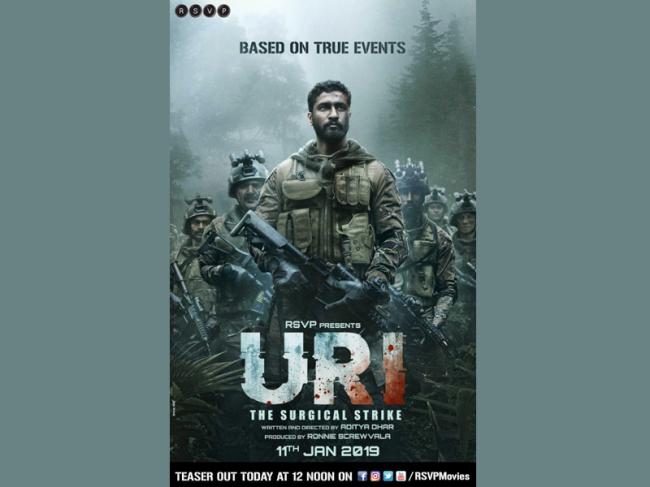 Uri trailer to release on Dec 5

The movie is directed by Aditya Dhar.

It features Yami Gautam, Paresh Rawal and Vicky in the lead roles.

The movie will release on Jan 11.

The movie is based on the surgical strike conducted by Indian Army on Sept 29, 2016.

The events goes back to Sept 18, 2016, when 19 soldiers were killed in an early morning attack by Pakistani terrorists.

The attack was carried out at the 12 Infantry Brigade headquarters in Uri.