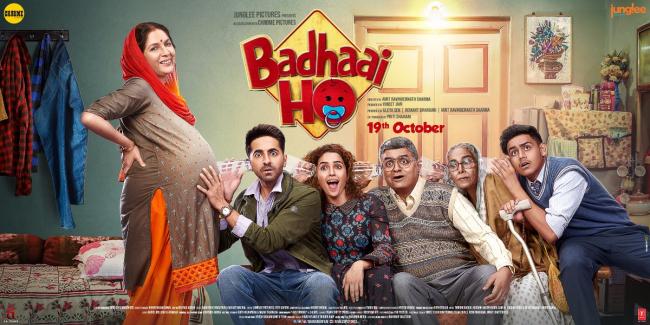 The new poster was released just hours before the trailer of the movie is scheduled to be launched.

The movie features actors Ayushmann Khurrana and Sanya Malhotra in the lead roles.

The film will release on Oct 19, on the occasion of Dussehra.