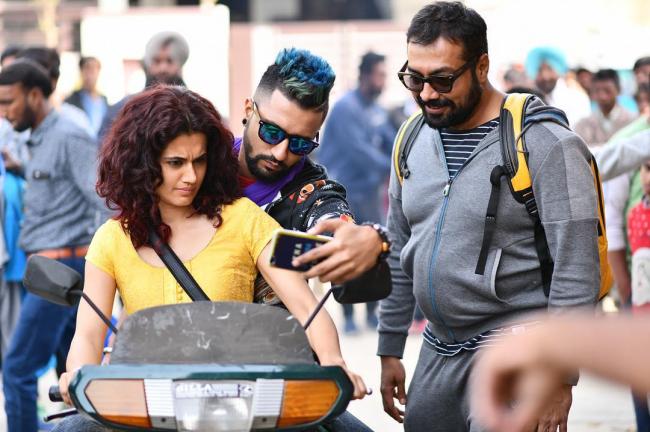 She said in the picture, "Moment when u see a shot of yourself n say “yeh kya haga hai maine” contrary to what your director feels - “isse behtar tumse naa ho payega “
P.S - the “full gas” co actor is just busy admiring his camera work in this one ðŸ™„ Please ab jaldi release kardo y is there 6 more days to go !!!"

Apart from Taapsee and Vicky, Manmarziyaan stars actor Abhishek Bachchan in one of the lead roles.

Abhishek is returning to the silver screen after a gap of two years. He was last seen in Housefull 3.

Anurag Kashyap directorial film is slated to release on Sept 14.