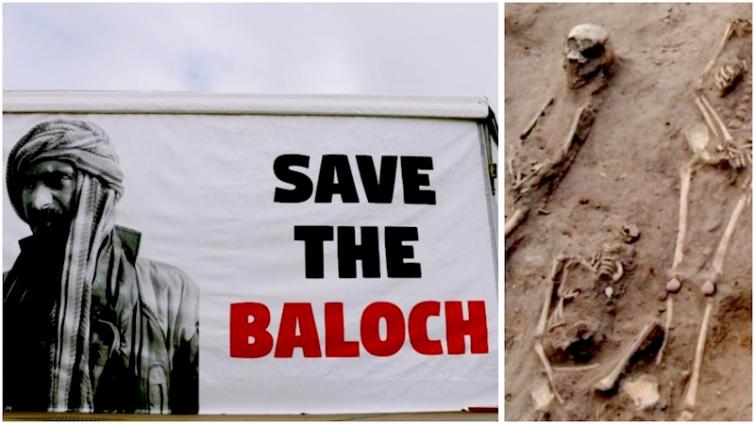 On January 3, 2021, Islamic State (IS) militants killed 11 coal miners and injured four in the Mach area of Kachi District of Balochistan. The victims belonged to the Shia Hazara minority community.

According to partial data compiled by the South Asia Terrorism Portal (SATP), during the first 10 days of 2021, Pakistan has recorded 16 fatalities [11 civilians, two Security Force (SF) personnel and three militants] in four incidents of killing, of which 11 were killed in the Mach incident, alone.

However, Balochistan recorded the highest fatalities in both the civilian and SF categories. Moreover, on year-on-year basis, the security situation is Balochistan has deteriorated significantly, with overall fatalities increasing from 180 in 2019 to 215 in 2020, an increase of 19.44 per cent.

Though civilian fatalities increased marginally from 83 to 84, incidents of civilian killing almost doubled from 37 in 2019 to 61 in 2020.

Some of the major incidents targeting the SFs in Balochistan in 2020 include:

February 19, 2020: At least 16 Army personnel were killed in an attack by Balochistan Liberation Tigers (BLT) at an Army post in the Singsila area of Dera Bugti District. The BLT militants also seized all weapons and ammunition kept at the post and subsequently set the post on fire.

July 25: Six Army personnel were killed and three were injured when militants ambushed their patrol vehicles in the Pidarak Jamak area of Kech District. Balochistan Liberation Front (BLF) ‘spokesman’ Major Gwahram Baloch claimed responsibility for the attack and said that such attacks would continue till the independence of Balochistan.

December 27: Seven Frontier Corps soldiers were killed during an exchange of fire that ensued when armed terrorists attacked their check-post located in the Sharig area of Harnai District.

The SFs appear to be rapidly losing ground in Balochistan, even as other parameters of violence record a surge. Overall, terrorism-linked incidents increased from 72 in 2019 to 122 in 2020.

Unsurprisingly, Pakistan's ‘kill and dump’ policy in the Province has intensified. Mutilated dead bodies, in different stages of decomposition and beyond recognition, dotting the roads of Balochistan are a common occurrence. These killing result out of enforced disappearances engineered by the Army, the intelligence agencies and their Islamist proxies.

Indeed, on June 17, 2020, the Balochistan National Party-Mengal (BNP-M) quit the Imran Khan-led Federal Government, angered over the Government’s failure to fulfil promises to address Baloch grievances, including the worsening problem of the ‘disappeared’ people. BNP-M President Sardar Akhtar Mengal claimed, "The law-and-order situation is worsening in Balochistan, death squads have been reactivated." As reported on July 20, 2020, when he led the BNP into an alliance with Khan’s coalition about two years ago, Akhtar Mengal gave a list of 5,128 missing people. Since then, Mengal claimed, another 1,800 have disappeared.

So alarming is the complicity of the State that, on October 1, 2020, a bench of the Supreme Court of Pakistan, including Chief Justice Gulzar Ahmed, while hearing a petition at its Quetta registry seeking recovery of missing persons in Balochistan, categorically rejected the inquiry report submitted by the Police. The Chief Justice observed,

Police officials do not know how to investigate cases. Missing persons' cases were reported between 2017 and 2018 while the police performance in their recovery has been zero.

The report was submitted to the bench by Senior Superintendent of Police, Crime Branch (Investigation), Muhammad Akbar Raisani. The Court remarked, “You are a PSP [Police Service of Pakistan] officer but you do not know how to investigate.”

Shockingly, Pakistan is now applying the strategy of enforced disappearance against dissidents among the Baloch Diaspora as well. On December 21, Balcoh dissident, Karima Baloch, was found dead under suspicious circumstances in Toronto, Canada. The body of Karima Baloch who had escaped Pakistan in 2016, was found drowned off an island just near Toronto’s lakeshore. On March 2, 2020, a Baloch journalist and activist Sajid Hussain was ‘disappeared’ from Sweden. His body was later found in a river in Uppsala on April 23, 2020. Earlier, another Baloch social activist, Rashid Hussain, was arrested and ‘disappeared’ from Sharjah, by UAE secret agencies on December 26, 2018. Rashid had been living and working in UAE for several years. After six months Rashid Hussain was illegally deported and handed over to Pakistani authorities by UAE.

Meanwhile, in retaliation Baloch insurgents have increasingly been targeting SFs as well as the economic infrastructures. Gas and oil installations in the Province were attacked on at least six different occasions in 2020, as against just two such attacks in 2019. The deadliest incident occurred when 14 persons, including seven Frontier Corps personnel and an equal number of private security guards, were killed on October 15, 2020, when Baloch militants attacked an Oil and Gas Development Company Limited (OGDCL) convoy on the Coastal Highway near the Ormara area of Gwadar District in Balochistan. Following the incident, Baloch Khan, the spokesperson of the Baloch Raaji Aajoi Sangar (BRAS, Baloch National Freedom Movement), issued a statement asserting,

On one hand Pakistani forces are involved in the genocide of Baloch people, whereas, on the other hand companies like OGDCL are exploiting Baloch resources in their strategy of extending the occupation of Balochistan. Despite several warnings the OGDCL continues to be involved in exploitative projects in Pasni, Gwadar, Kharan, Lasbela and Och areas of Balochistan. OGDCL has commenced several new projects of drilling for oil and gas in Balochistan. We have made it clear several times that the resources of Balochistan belong to Baloch nation and only Baloch nation has the right to decide about the use of these resources. Baloch nation is fighting the war of independence currently and any organisation or corporation, whether Pakistani or international, that deals with the occupying forces will be dealt with iron fists and will be considered an enemy. BRAS once again warn all such companies including OGDCL to immediately halt its projects. We also want to inform China that Baloch nation completely rejects all Chinese agreements with the Pakistani occupying forces and they stand null and void.

Balochistan remains one of the most neglected regions of Pakistan. According to the United Nations Development Program (UNDP) Human Development Index (HDI) 2019, Balochistan’s people are amongst the worst affected under the Multi-Dimensional Poverty Index (MPI).

Many areas in Balochistan still lack basic facilities such as schools, roads, hospitals, etc. Balochistan Chief Minister Jam Kamal Khan Alyani noted, on February 25, 2019, “People could not be satisfied with such a wrong planning and development in the province (sic).”

The Federal Government continues to announce developmental projects for the Province, but this is largely an eyewash, with little benefit actually reaching the ground over the decades. On a visit to Balochistan on September 11, 2020, Prime Minister Imran Khan expressed his desire for development of the southern districts. Further, in November 2020, the Federal Cabinet announced a PKR 600-billion package for development exclusively of the nine districts of southern Balochistan over the next three years. But the recent street sit-ins in Mach subsequent to the January 3 killings and the continued deprivation faced by the people of Balochistan only highlight the dubious and brazen approach of the Federal Government in dealing with the genuine concerns of the people.