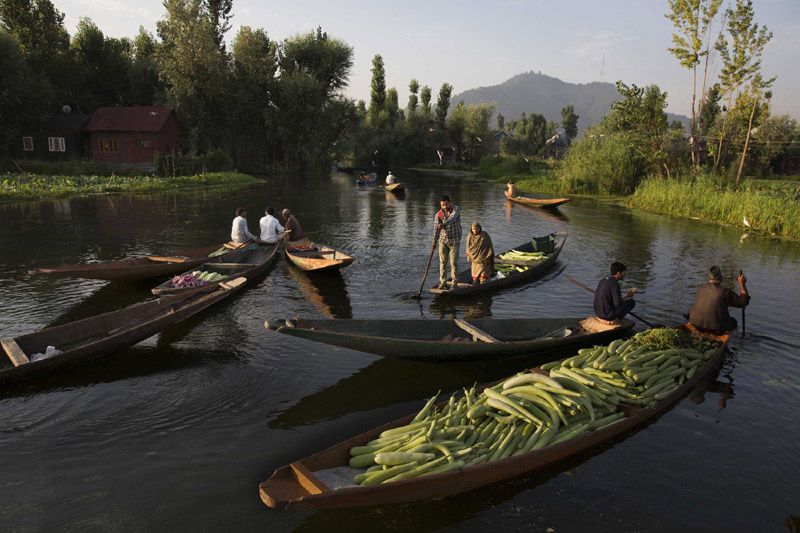 Kashmir must shed the 'touch me not' attitude

Do we live or do we die? Should we laugh or should we cry? The dilemma in the mind of a common Kashmiri exists for thirty years.

We have lost lives, generations, culture and most importantly time.

Through the last thirty years none of us has had a chance to be completely happy. Grief has become a norm and life has turned dull.

We work, we come home, we talk about politics and we sleep. Media seems to be the only escape only when politics is not being watched.

Killings, encounters, attacks and political reactions have permeated the culture of living in Kashmir. The diversity of Kashmir that got majorly affected due to the mass exodus from Kashmir of Pundits has made the largely singular population of Kashmir highly sensitive towards any action from the state.

The People's alliance has been quite vocal lately and are desperate to curate a mass uprising against the central action.

The otherwise charged political atmosphere in the valley seems to have calmed down as no political uprising seems to be on cards.

The most feared moment that was surely going to generate a mass reaction was the abrogation of article 370. But, to the surprise of all, a very quiet response came to the front. 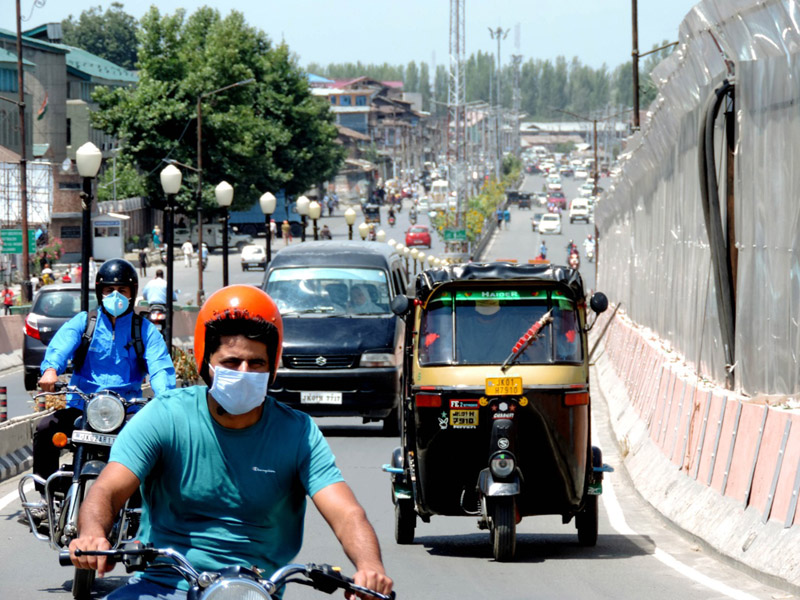 The management of the possible law and order situation was commendable to a level that a foreign MP team visited Kashmir that had never happened before. The happenings on the day were as normal as they could be.

Now the central government has been devising various plans and policies for the development of J&K for the last one year. We have a new domicile criterion which has made the residence criterion more reasonable and just.

We have an increasingly active Panchayati Raj system through which the representational cadre from J&K had become manifold. We have an employment policy through which 25,000 jobs have been already announced while 25000 are in the pipeline. The response to COVID 19 is so robust that Srinagar airport is the only airport which does a COVID test of the arriving passengers.

The administration is all ears to the suggestions and grievances of the public, and work is being done towards the development of power production in the region which would make J&K energy sufficient and also become a source of earning through sale of energy.

Another development which has caught the news headlines and seems to have agitated the Gupkari gang of Kashmir is the new land laws which have opened a portion of land of J&K for sale.

The fear is high and allegations are being made that the laws are going to impact the demography of the region and thereby affect the Muslim majority nature of the region. The whole load of economic development in the UT has been on the state over these years.

The governments at the state level could never figure out a comprehensive industrial policy for the erstwhile state and most of the PSU's under them were running on huge losses. 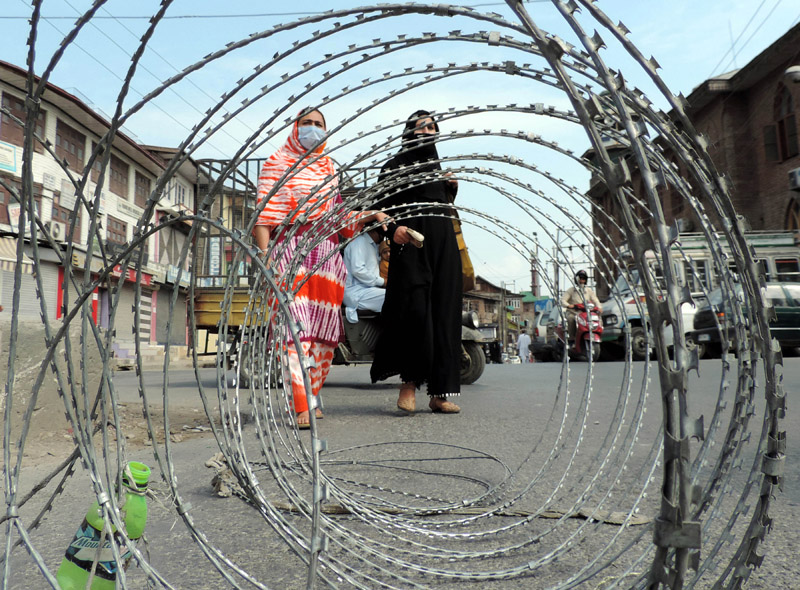 The losses were so big that even the salaries of the employees could not be provided on time. The reliance was strictly on central grants and the excuse of the conditions fitted the logic of any demand that would be made. Prime examples of industrial failure were J&K Cements and SRTC.

The land could not be sold to outsiders for industrial infrastructure development and neither there was any set mechanism for non local private developmental funding in J&K. The natural resources remained under utilized and the economic potential in other industries also remained unexplored. In totality, J&K had become a burden on the center and would be a sink to the taxpayers money from the rest of India.

The zero work culture, skill-less education, corruption, red-tapism, unavailability of land to nonlocals for industrial development and the political tensions remained huge hurdles in the way of privatization in J&K. India went for LPG reforms in 1991 but this was the peak of insurgency in J&K.

While multinationals were looking for locations for setting up industries for various purposes, J&K was dancing on the tune of Pakistan.

Afterwards, it took at least 12 years for some sort of normalcy to return to the valley. It was just six years post 2002 elections that a new uproar started in Kashmir against the allotment of land to Amarnath Shrine Board.

The Yatra which is so crucial to the tourism sector of Kashmir was totally negated of any value. Over this issue PDP withdrew its support to the coalition it was a part of and the government fell.

The onus was again on the center to restore the normalcy and after a counter uprising in Jammu the land allotment could get materialized.

This was something that was unexpected of the Kashmiri population as the Muslims knew the value and place of the Yatra in the hearts of the Hindu brethren.

This was a showdown of the touch me not nature of Kashmiri which was made to be scared of any land ceding as an attack on the land of Kashmir.

The land in J&K remained untouchable and infallible when it came to discussing the development of the region.

Globalization is a concept that has not even been looked at by the commoners in Kashmir who everyday consume products from outside and pay a price that could be halved if those products were made in J&K.

But, the land has been turned into something so sacred by Pakistan proxies and the family rulers of Kashmir that a hype around any new land regulation is bound to grab eyeballs if not a mass reaction. Now when finally a step towards development of an industrial infrastructure (not owned by state) is being taken, the Gupkar parties are in a mood to sabotage he move by giving it the colour of a conspiracy against Kashmiris that J&K is on sale.

Don't they know that a sale has buyers who pay money for what they buy? If the buyer is paying the due to a commodity, what is the problem?

The problem is the fear of a demographic change. J&K has a population of thirteen million, most of which is Muslim. Kashmir has a predominantly Muslim population and one significant minority is not finding a way back to home for 30 years now. Such a different climate and culture is very hard to adapt to for any citizen from the rest of India. The whole idea of new land laws is to attract investment to J&K for industrial investment.

The investment would naturally lead to employment and the employment will lead to a raise in the standard of living of the people.

The people will have jobs and modern creations to be proud of. There can be educational institutions which would allow the local students to study in their own region and industries where they can work without having to migrate for earning or studying. The unskilled people can get employment and earn handsomely by setting up their shops near industrial complexes.

The “touch me not” manifestation of Kashmir is only in the interest of conflict beneficiaries who want Kashmir to remain in dark ages and keep it surrounded by political tension and terrorism.

They can themselves go on vacations to foreign lands and enjoy a life that they desire, but want to keep a common Kashmiri devoid of the benefits of Liberalization, Privatization and Globalization.

Borders are insignificant nowadays and the political foxes want to portray the boundaries around J&K as the benefits to commoners.

It is time to open ourselves up and get into a positive exchange and evolve with the rest of the world.

Land has no value, the only thing that is valued now is skill. It's time to sharpen our skills and take a leap into multiculturalism and modernism for a worthy living. We are smart enough to make deals in our favour, it is just about having faith in our capabilities. 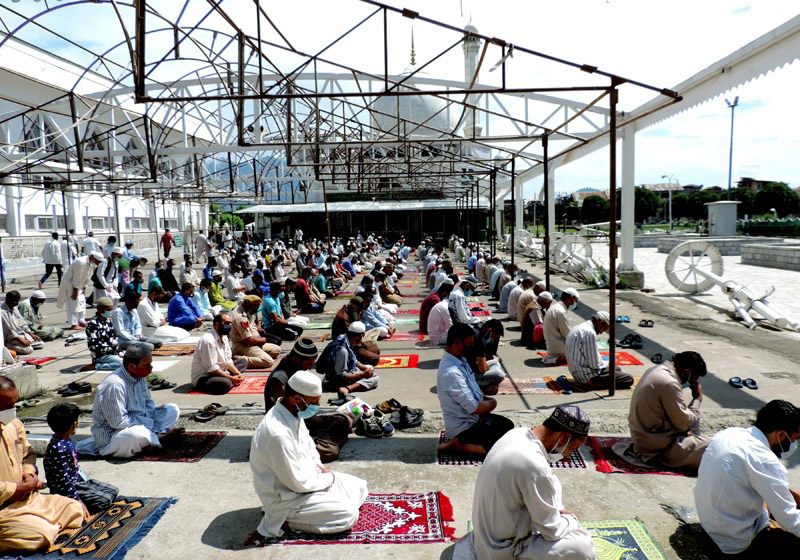 Neither the Abdullahs nor the Muftis have any idea what they are protecting. They are neither protecting the land nor the people.

They are promoting wastage of resources and the brain drain from Kashmir. We have thousands of MBAs and engineers who go out to work for peanuts.

There is an urgent need to keep the place together by developing a comprehensive and educationally integrated industry in J&K which would keep the talent and skill from Kashmir in Kashmir.

The only tangible solution is to shed away the thorns of “touch me not” attitude and ushering into the globalized and privatized scheme of living.

(The writer, Mir Junaid, is the president of Jammu Kashmir Workers Party and a lawyer. The opinion expressed is of the writer. He can be reached on Twitter @MirJunaidJKWP)