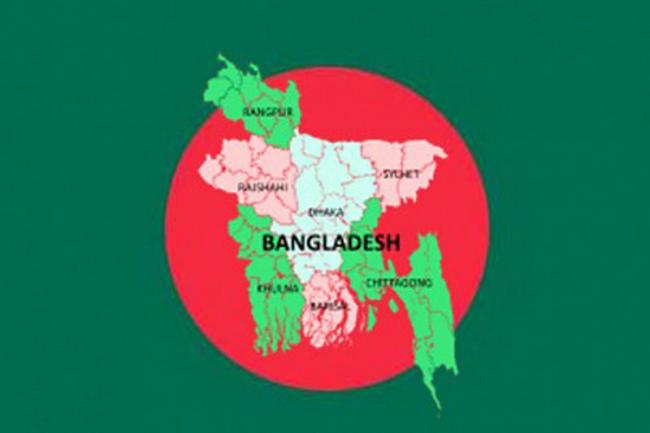 On May 10, 2018, the International Crimes Tribunal-1 (ICT-1) awarded the death sentence to war criminal Reaz Uddin Fakir (69), a member of the Islami Chhatra Sangha, the then student wing of Jamaat-e-Islami (JeI), for crimes committed during the Liberation War of 1971. According to the verdict, all the four charges brought against Reaz had been proved beyond any shadow of doubt. He was handed death sentences on two charges and a jail term until his death on two other charges. Reaz received a death sentence for murdering eight Hindu villagers in village Rishipara, Mymensingh District, on November 5, 1971. He was awarded the second death sentence for his complicity in murdering 43 villagers at Asimbazar, Bashdi and Valukjan, all under the Mymensingh District, on November 13, 1971. Reaz was handed a life term until death for murdering Abdul Mazid, Shahidullah Master, Jamshed Ali and two other unknown men at the Phulbaria town of Mymensingh District on August 25, 1971. He received the second life term until death for murdering three siblings, Altaf Ali Mondol, Taleb Ali Mondol and Sekander Ali Mondol, of village Bhalukjan in Mymensingh District on November 21, 1971.

On March 13, 2018, ICT-1 had sentenced  Amir Ahmed aka Razakar Amir Ali (70), Abul Kalam aka AKM Monsur (67) and Mohamad Joynal Abedin (73) to death; and Abdul Kuddus (84) to 20-years in jail for crimes against humanity during the Liberation War. The tribunal framed three charges against the four, who were allegedly involved with the Razakar Bahini, an auxiliary force of the Pakistani Army, and the killing of at least 111 people in three incidents. Amir, Monsur and Joynal were given death penalty for killing more than a hundred people of Sreepur and Sonapur villages in Noakhali District on June 15, 1971. Abdul Kuddus was given 20 years in jail on the same charges. Amir, Monsur and Joynal were also given the death penalty for the abduction and killing of two unarmed freedom fighters of Pashim Karimpur and Debipur villages in Noakhali District on September 13, 1971. Amir and Monsur were also given the death penalty on a third charge – the abduction, torture and killing of at least nine people of Ramharitaluk, Debipur and Uttar Chakla villages in Noakhali District on September 13, 1971.

Thus far, the War Crimes (WC) Trials, which began on March 25, 2010, have indicted 124 leaders, including 50 from the Jamaat-e-Islami (JeI); 27 from the Muslim League (ML); 11 from Nezam-e-Islami (NeI); five from the Bangladesh Nationalist Party (BNP); two each from the Jatiya Party (JP) and Peoples Democratic Party (PDP); 26 former Razakars (a prominent pro-Pakistan militia); and one former Al-Badr member. Verdicts have been delivered against 69 accused, including 43 death penalties and 26 life sentences. So far, six of the 43 people who were awarded the death sentence have been hanged. On September 3, 2016, JeI Central Executive member Mir Quasem Ali (63) was hanged at Kashimpur Central Jail in Gazipur District; on May 11, 2016, JeI Ameer (Chief) Motiur Rahman Nizami (75) was executed at Dhaka Central Jail; on November 22, 2015, JeI Secretary General Ali Ahsan Mohammad Mojaheed (67) and BNP Standing Committee member Salauddin Quader Chowdhury (66) were hanged simultaneously at Dhaka Central Jail; on April 11, 2015, JeI Senior Assistant Secretary General Mohammed Kamaruzzaman (63) was hanged at Dhaka Central Jail; and on December 12, 2013, JeI Assistant Secretary General Abdul Quader Mollah (65), who earned the nickname ‘Mirpurer Koshai (Butcher of Mirpur)’ was hanged at Dhaka Central Jail. 20 others are absconding and another 17 cases are currently pending with the Appellate Division of the Supreme Court. Meanwhile, out of 26 persons who were awarded life sentences, five persons have already died serving their sentence – former JeI Ameer Ghulam Azam (91), who died on October 23, 2014; former BNP Minister Abdul Alim (83), who died on August 30, 2014; former JeI National Assembly member S.M. Yousuf Ali (83), who died on November 17, 2016; former JeI member Gazi Abdul Mannan (88), who died on December 19, 2016; and former ML member Mahidur Rahman (88), who died on May 21, 2018. 13 others are absconding and another eight are lodged in various jails of the country.

Significantly, on March 11, 2017, Parliament unanimously adopted a resolution to observe March 25 as ‘Genocide Day’, marking the brutality carried out by the Pakistani Army and its collaborators on unarmed Bengalis on the black night of March 25, 1971. The Pakistani Army launched ‘Operation Searchlight’ on this date, and an estimated 7,000 people were killed and 3,000 arrested in a single night. Further, referring to the horrors of March 25, 1971, Bangladesh Prime Minister Sheikh Hasina, during her speech at the 72nd session of the United Nations General Assembly (UNGA) on September 22, 2017, stated, “I call upon the international community to take collective steps to ensure that such crimes are never committed at any time in the world. I believe, international recognition of all historical tragedies including the genocide of 1971 will play an important role in achieving our goal.”

Meanwhile, Police arrested five war crimes accused, Fazlul Haque Howlader (75), Abdul Mannan Howlader (74), Azahar Ali Howlader (88), Ashraf Ali Howlader (67) and Maharaz Howlader (68) in the Bhandaria area of Pirojpur District on May 21, 2018, in a case filed by Bijoy Krishna Bala of Purbo Pasharibunia village on October 10, 2015. Bijoy filed the case with the Senior Judicial Magistrate's Court in Pirojpur District, accusing them of murder, loot, arson and rape during the Liberation War in 1971. The court sent the arrestees to jail. Separately, on May 23, 2018, Police arrested Madhu Mia Talukder (62), chairman of the BNP Muradpur Union Parishad in Habiganj District, hours after ICT-1 issued an arrest warrant against him in a war crimes case during the 1971 Liberation War. While moving the petition Prosecutor Zead Al Malum stated that investigations against Madhu started in March 2018, and the investigating officer had already found evidence against him for the killing and rape committed in 1971.

Further, on May 30, 2018, the ICT-1 announced that it would deliver its verdict any day in a case filed against five Patuakhali men for allegedly committing crimes during the 1971 Liberation War. The accused include Esahaq Shikder (83), Abdul Goni Hawlader (72), Mohamad Awal aka Awal Moulavi (69), Abdus Sattar Pyada (65) and Solaiman Mridha (86), who are all in jail. On October 13, 2016, the prosecution pressed two charges against them: on May 4, 1971, the five, along with a Pakistani Army unit, killed 17 people of the Itbaria village, torched and looted 21 houses, and abducted six children and 15 women, whom they confined at the Patuakhali Circuit House and raped for 10 days. The prosecution produced 11 witnesses including the case's investigation officer and several documents to prove the charges. The defence, however, declined to produce any witness.

Sheikh Hasina’s Awami League (AL)-led Government, which came to power after the decisive December 29, 2008, Parliamentary Elections, has shown enormous courage in pressing ahead with the War Crime Trials. The completion of this process will eventually prove to be an important chapter in the history of Bangladesh, bringing some measure of justice to millions who had suffered at the hands of the Pakistan Army and its collaborators in what was then East Pakistan. The AL-led Government has consistently reaffirmed and demonstrated its determination to honour its 2008 Election pledge to bring the War Criminals of the 1971 genocide to justice. The achievements on this count are already remarkable. The Trials are the unfinished agenda of the Liberation War, and need to be sustained, despite efforts of anti-liberation forces and their sympathizers in the Diaspora and international community, to disrupt the process. Crucially, the War Crimes trials have also played a decisive role in the Government’s couter-terrorism and de-radicalization strategies, as there was tremendous overlap between the parties and leaders involved in the atrocities of 1971, on the one hand, and patrons and participants in Islamist extremism and terrorism over the past decades, on the other.