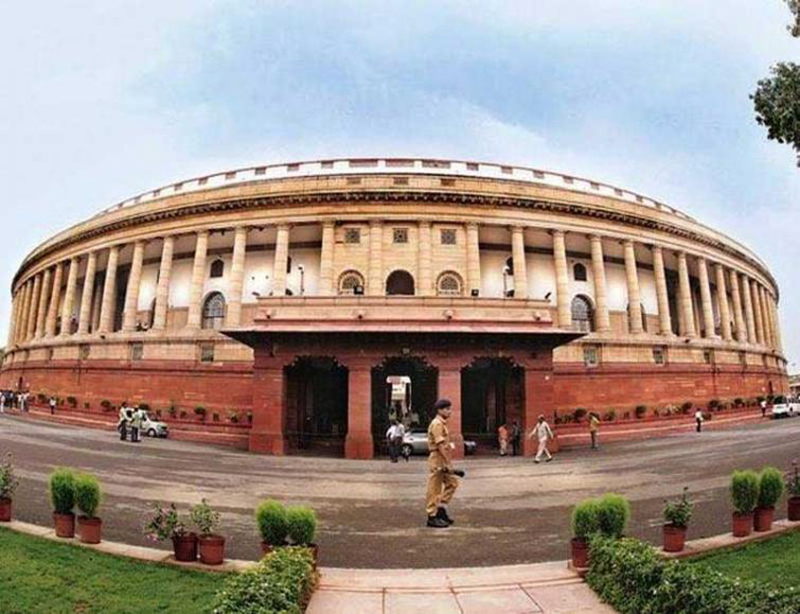 New Delhi/IBNS: Chaos broke out in the Upper House of the Parliament Friday as the Bharatiya Janata Party's Rajasthan MP Kirodi Lal Meena introduced The Uniform Civil Code in India Bill, 2020 in the Rajya Sabha as a Private Member Bill amid fervent opposition.

The Code seeks to do away with religion-based personal laws.

As many as three motions were placed to oppose the Bill, stating that the same would disintegrate the country and hurt its diverse culture.

However, the motions were defeated through votes by 63-23.

After stiff opposition from several parties, Union Minister Piyush Goyal argued that it is the legitimate right of a member to raise an issue which is under directive principles of the constitution.

"Let this subject be debated in the House...at this stage to cast aspersions on the government, to try to criticise the Bill, is uncalled-for," he said.

Rajya Sabha Chairman Jagdeep Dhankhar then allowed a voice vote for the Bill where the ayes were a majority with 63 votes against 23 opposing it.

The Bill provides for the constitution of the National Inspection and Investigation Committee for the preparation of the Uniform Civil Code and its implementation throughout India.

The BJP had promised in its Gujarat manifesto to introduce the Uniform Civil Code in the state, and the Bill was introduced in the upper house just a day after their historic win in Prime Minister Narendra Modi's home state.

The BJP had in its 2019 Lok Sabha election manifesto also promised the implementation of UCC if it came to power.