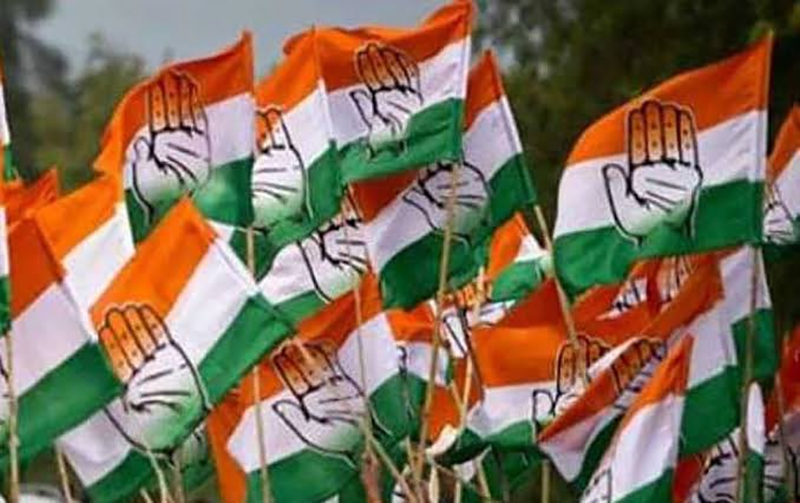 Shimla/IBNS: After a long streak of poll debacles, Congress finally tasted victory in Himachal Pradesh where it wrested power from the ruling BJP on Thursday.

By 12.30 pm on December 8, Congress was already leading in 40 out of 68 seats, which continued till the evening.

Himachal chief minister Jai Ram Thakur tendered his resignation after ECI declared Congress's victory. He attributed certain 'issues' for the change in the direction of results.

"I have handed over my resignation to the Governor. Will never stop working for the development of people. We need to analyse things. There were some issues that changed the direction of the results. I will go to Delhi if they call us," Himachal Pradesh CM Jairam Thakur. 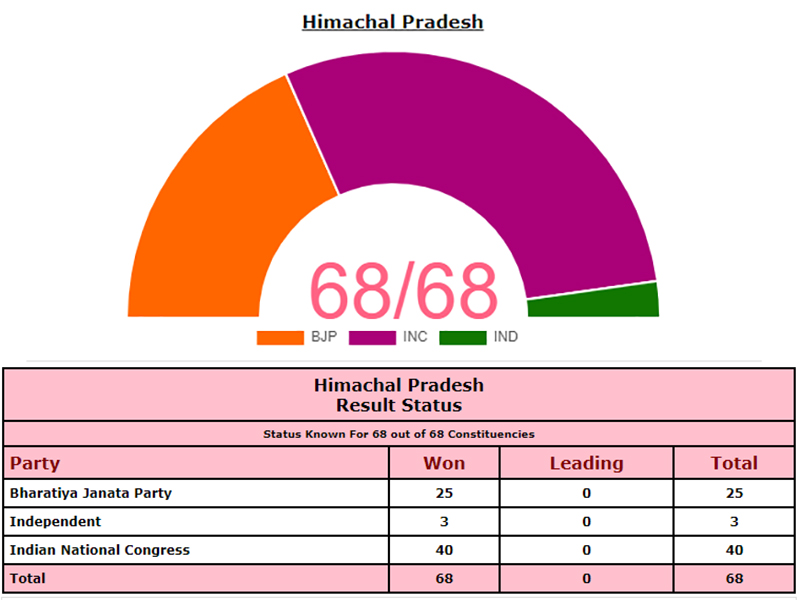 The Himachal poll results are not in contrast with the long-established pattern of alternate Congress and BJP governments since 1985.

In the last 37 years, the hill state has never voted a sitting government to power at a stretch. The anti-incumbency factor has always played its role, reflecting voters’ refusal to overlook the lapses committed by the incumbent.

Examples of this norm are the two most popular Chief Ministers of the state, Virbhadra Singh of the Congress and Prem Kumar Dhumal of the BJP, who despite their popularity failed to reverse the trend.

The voters remained unfazed and true to their nature even as Prime Minister Narendra Modi urged them to change their behaviour of voting governments out of power just after one term.

Indian Express reports that BJP’s fall was also catalysed by the government employees, who have been agitating for the revival of the Old Pension Scheme for a long time.

Congress emerged as the preferred party as the states under its rule—Rajasthan and Chhattisgarh—have restored the scheme for the state government employees.

In Himachal Pradesh, the state government employees comprise nearly 2 lakh or 5 percent of the vote.

Further, the police recruitment scam, frequent change of chief secretaries, and some hastily taken decisions such as the Ari Nagar Panchayat notification and the draft Shimla development plan, which had to be suspended, created an impression that CM Jai Ram Thakur wasn’t leading the government.

The 11 sitting legislators, who were denied tickets by the BJP, led to a large number of rebels entering the contest. They cut into BJP’s vote share in a state where winning margins are always slim.