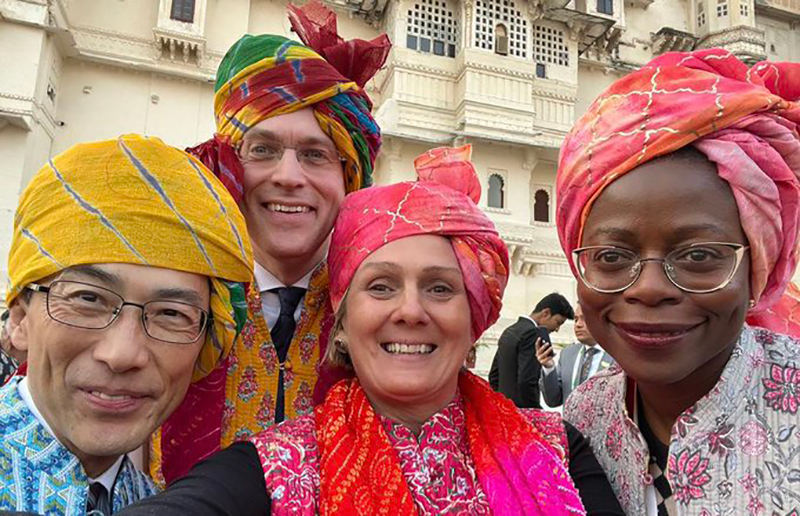 Had frank and thought provoking discussions with G20 Sherpas: Kant

New Delhi: India's G20 Sherpa Amitabh Kant on Tuesday said he had frank and thought provoking discussions with G20 Sherpas on the issue of contemporary challenges which the world is facing.

Kant tweeted: "Had frank & thought provoking discussions with #G20 Sherpas on contemporary challenges facing the world, relating to Food and Energy security which have impacted lives of people all over the world and have put tremendous stress on the progress of #Agenda2030 @PMOIndia @MEAIndia."

In a historic moment, India formally assumed the G20 Presidency, from Indonesia, on Thursday.

The G20, or Group of Twenty, is an intergovernmental forum of the world’s 20 major developed and developing economies, making it the premier forum for international economic cooperation.