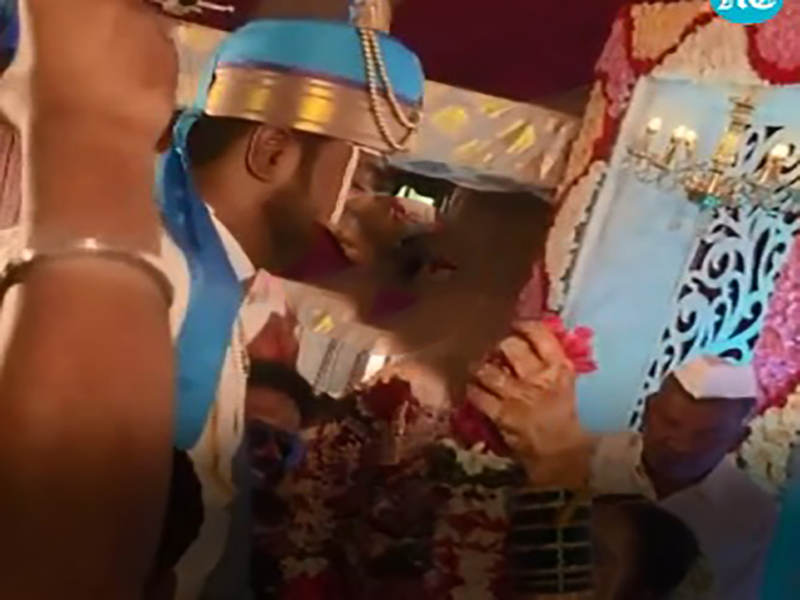 Bhopal/ IBNS: The Maharashtra Police have arrested a man after a video of him marrying two sisters in Solapur went viral on social media.

The Maharashtra police started an investigation against the man for bigamy which is against the law and carries a seven-year prison term.

The brides– Rinki and Pinki Padgaonkar, who are said to be IT engineers wanted to stay close to each even after marriage.

According to reports, the girls married Atul, who runs a travel agency and is also their childhood friend in a grand ceremony at Solapur.

It appears that the boy's family also accepted this unusual arrangement.

After a video of the wedding went viral on social media, where the two sisters were seen together garlanding the groom, people started debating about the marriage's legality.

Following this, police took an action and filed a case against the groom.