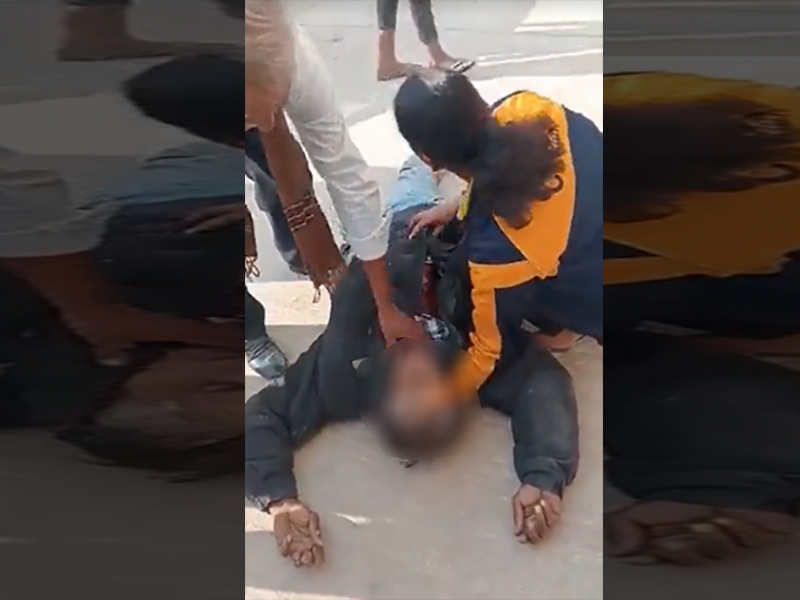 Sikar (Rajasthan)/IBNS: A man was shot dead by a gangster while he was taking his daughter to her coaching centre in Rajasthan’s Sikar on Saturday.

An emotional video of his 16-year-old daughter Konita crying over her father’s dead body has gone viral.

According to media reports, Tarachand was shot dead in CLC Colony by gangster Raju Theth, who was trying to snatch his car keys while escaping the site amid a gang war. Theth was also shot.

Tarachand, who was a farmer from the Choti Khatu police station area of Nagaur district, lived with his wife and three daughters.

Tarachand’s relatives demanded strict punishment for the accused and a government job for one of his family members.

Former Minister of State for Primary and Secondary Education of Rajasthan, Govind Singh Dotasra condemned the heinous act on Twitter.

He appealed to Rajasthan police to arrest the notorious gangster who killed Tarachand immediately to restore people’s faith in the law and order of the state.