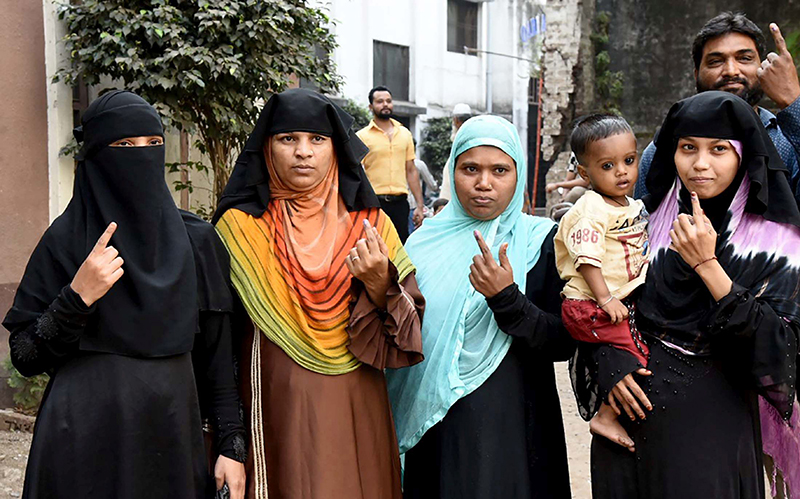 Ahmedabad/IBNS: The Election Commission of India (ECI) Saturday urged the voters in Gujarat to reverse  "urban apathy" after the voting percentage in the first phase of assembly elections declined compared to the 2017 state polls.

"Urban apathy continues unabated from Shimla to Surat. ECI appeals to voters of Gujarat to come out in large numbers during second phase to compensate for low voting in 1st phase," the election body tweeted.

"Surat, Rajkot and Jamnagar have recorded lower than the state average of voter turnout of 63.3 percent in the first phase of Gujarat elections," the Election Commission said in a statement.

The state witnessed a 66.75 percent turnout in the first phase of the 2017 election.

"While voting percentage increased in many constituencies, the average voter turnout figure is dampened by urban apathy of these important districts just as during recently concluded general election to the legislative assembly of Himachal Pradesh, urban Assembly Constituency of Shimla recorded the lowest at 62.53 percent (less by 13 percentage points) as against the state average of 75.6 percent," it said.

"Gujarat cities have shown a similar urban apathy trend during voting on 1st December 2022 in Assembly elections, thus pulling down the percentage of voting in the first phase," the commission added.

The first phase of voting for 89 seats in Saurashtra, Kutch and south Gujarat was held on Thursday.

The high-voltage campaign for the second phase of polling ended at 5 pm on Saturday.

The heavyweights of Gujarat politics contesting in the second phase of the state elections on December 5 include Chief Minister Bhupendra Patel from Ghatlodia, Patidar leader Hardik Patel from Viramgam and Other Backward Class (OBC) leader Alpesh Thakor from Gandhinagar South.

Former Congress leaders Hardik Patel and Thakor are contesting for the BJP.

Votes will be counted on December 8.