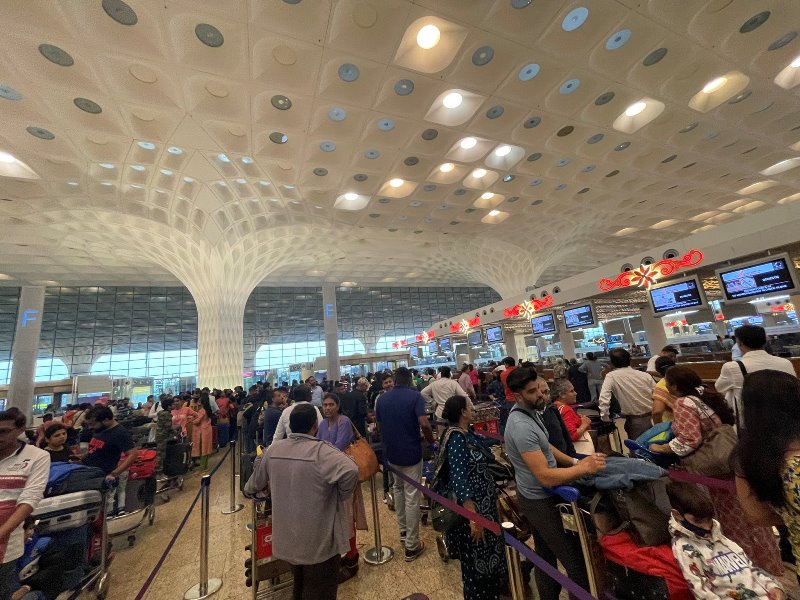 Mumbai/IBNS: The computer server at Terminal 2 of Mumbai airport was down for nearly an hour on Thursday, leading to long queues and chaos as check-ins were done manually, potentially upsetting the schedule for some flights.

It was caused after a network cable was cut due to "ongoing work elsewhere in the city", the firm that operates the Mumbai airport said.

One of two terminals of Chhatrapati Shivaji Maharaj International Airport, T2 mostly deals with international flights but is also used for domestic routes.

At 7 pm that normal services resumed after "operations were disturbed for about 40 minutes", ANI reported.

Air India had replied to one of them, saying: "Our team is working diligently to minimize the inconvenience."

One of the Twitter users said the system crashed just after she placed her bag at the check-in counter.

The sheer timing of you placing your bag for check in and all systems going down at that exact moment at Mumbai Airport @CSMIA_Official! 😶

Complete standstill and this is how we begin the weekend!

The operating firm, Mumbai International Airport Limited, issued a statement requesting passengers to "allocate additional time" for check-in and to "connect with their respective airlines" due to the "temporary network interruption".