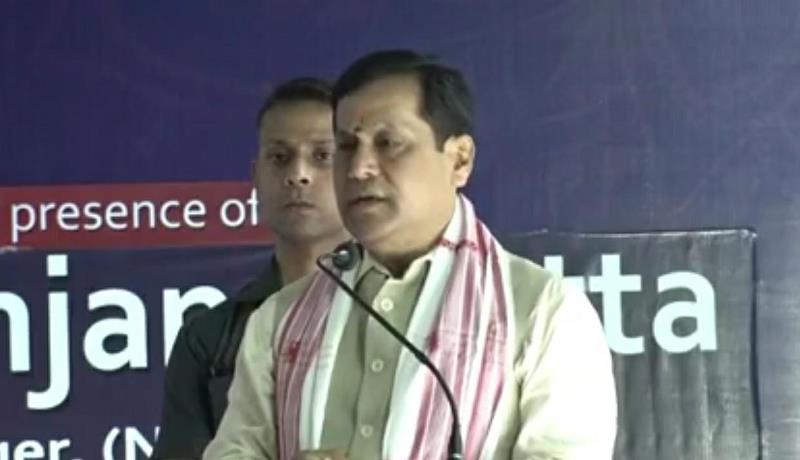 Tinsukia/IBNS: Union Minister of Ports, Shipping & Waterways and Ayush Sarbananda Sonowal on Tuesday inaugurated the Regional Business Office of State Bank of India in Assam's Tinsukia and ceremonially handed over loan sanction papers to SHGs of the area.

Speaking on the occasion, Sarbananda Sonowal said, "Tinsukia district is an important district of Assam in terms of industry and business. The Regional Business Office of State Bank of India has been set up with the aim of speeding up and expanding banking operations in the district.

"I am happy to inaugurate the office and hopeful that the office will play a significant role in empowering the youth, women and accelerating the economy of the district. I would like to thank State Bank of India for setting up this special office for public benefit."

The Union Minister further added, "Under the strong leadership of Prime Minister Narendra Modi, India's public banking system has gained momentum and covers people from all walks of life. Today, in every nook and corner of the country, everyone and especially the economically backward people have been able to get access to banking services.

During the tenure of the BJP Government in Assam, new bank accounts of lakhs of tea worker families were opened and thus the beneficiaries of various schemes are being directly benefited through DBT mode.

" Now that the digital banking system has improved significantly, even the remotest people are able to get any service even at home. In addition, our Government led by PM Modi has also taken steps to provide loans through banks under various schemes to encourage the youth and women, so that they can contribute to the journey of self-reliant India," he said.