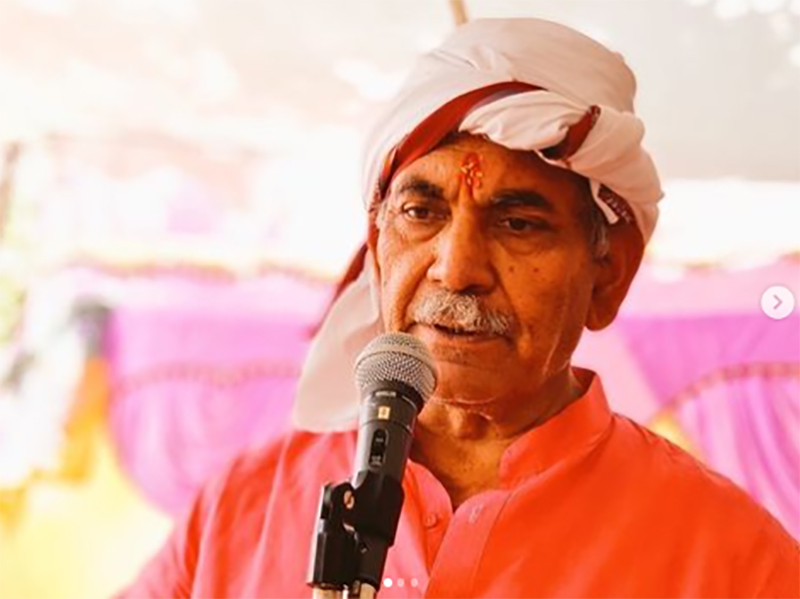 Srinagar: Jammu and Kashmir Lieutenant Governor Manoj Sinha on Wednesday said that the festival brings together celebrated authors, poets, thinkers of the country to explore new ideas and perspectives.

The Lieutenant Governor inaugurated the “Kumaon Literary Festival” at the Kashmir International Convention Centre, Srinagar, and said that the festival brings together celebrated authors, poets, thinkers of the country to celebrate art, culture & literature and provides an opportunity to the people to explore new ideas and perspectives.

J&K is home to rich literary tradition, dating back to many millennia and our quest for knowledge continues, he further observed.

The Lt Governor said that under the guidance of Prime Minister Narendra Modi, dedicated efforts have been made since the last two years to revive and promote J&K’s culture, art, literature, cinema, and music.

The nation is witnessing an Economic, Cultural and Scientific Renaissance under the leadership of PM. Our ancient literary culture and values are rich and diverse and always guided us on the path of peace, co-existence and brotherhood, the Lt Governor added.

Terming Culture as a way of life and a mirror that reflects people's aspiration and socio-economic transformation, the Lt Governor said efforts are being made to involve local artists and people as stakeholders in maintenance and promotion of art, heritage sites etc.

Recalling the contribution of famous writers and thinkers from Jammu Kashmir, the Lt Governor said the cultural ethos of our great Nation is deeply connected with the Jammu Kashmir since time immemorial.

From storytelling to Classical Indian Music, Jammu Kashmir is the land of various creative mediums, he added.

“There are a number of revered writers from Jammu Kashmir, who have enriched the cultural history of India. I believe that the past was prosperous and, I am sure that the new generation of writers will take it to greater heights”, Lt Governor added.

The Government is committed to provide the right platform to harness the potential of talented young writers of Jammu Kashmir, he said.

Referring to the Jammu & Kashmir’s Film Policy launched last year, the Lt Governor observed that the policy has facilitated the shooting of films in the picturesque locations across Jammu and Kashmir and the Bollywood's golden era of 70s-80s is making a comeback.

The administration has started cinema halls in Shopian, Pulwama, Srinagar and efforts are afoot to start cinema halls in every district. Record 1.60 crore tourists had come to Jammu and Kashmir till September this year, which in itself is testament of a vibrant Jammu Kashmir, Lt Governor said.